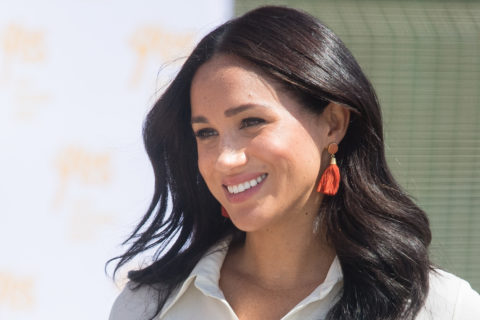 Here’s Why Meghan Markle is Asking, Instead of Answering, Questions in Her Next Interview

2020 marks the centennial of women’s right to vote in the United States and in honour of the milestone—as well as in acknowledgement of the work still left to do—nonprofit newsroom The 19th* is hosting a virtual summit this week, which will close with an interview with Meghan Markle.

In this case, however, the Duchess of Sussex will be the one asking the questions. On August 14, she will be interviewing Emily Ramshaw, cofounder and CEO of the news platform (named for the 19th amendment that granted American women suffrage) that focuses on the intersection of gender and politics.

“The 19th*’s commitment to reporting and storytelling that lifts up those who are too often underrepresented in the media has never been more important,” the Duchess said in a statement to Glamour. “I’m looking forward to asking the cofounder what it means to build a media outlet with gender equity, diversity, and community at its core.”

⁣We have a new addition to The #19thRepresents virtual summit — Meghan, The Duchess of Sussex.⠀ ⠀ After a week of #19thnews reporters interviewing the nation's top women in politics and policy, The Duchess will turn the tables on The 19th, interviewing our co-founder and CEO, Emily Ramshaw, about our mission to create a transformative newsroom centered on gender equity.⠀ ⠀ The Duchess will join us on our final day of programming, Friday, Aug. 14, and will close out The #19thRepresents summit. Register to attend: summit.19thnews.org (link in bio, too!)⠀ ⠀ -⠀ ⠀ ➡️ The #19thRepresents virtual summit takes place Aug. 10-14, and is a commemoration of the suffrage centennial — and a reminder of the ground we still have left to cover. Five days of programming. Outstanding speakers and performers. All free to attend. See the full schedule and register at summit.19thnews.org.

Ramshaw says it was the Duchess who first reached out to them to discuss involvement after learning about the 19th*’s mission. “She told us that our vision for The 19th*—building a truly diverse and representative newsroom that covers women with nuance—spoke to her immediately.”

This is the second virtual summit the Duchess will be participating in this summer, the first being the Girl Up Global Leadership Summit last month. This latest summit, titled The 19th* Represents, kicked off today and consists of a series of live-streamed conversations between prominent women in politics, civics, journalism, and the arts. Participants lined up for the event include Senator Kamala Harris, Hillary Clinton, Madame Gandhi, Zoe Saldana and Meryl Streep.

The 19th* Represents is free to attend online with registration, and the session led by Meghan Markle will stream at approximately 4.30pm EST on Friday, August 14.