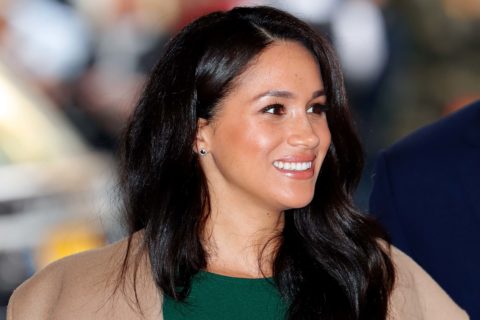 The letter says that Markle represents "the epitome of possibilities that can be achieved by the woman of African descent."

It’s no secret that Meghan Markle has faced unrelenting scrutiny with the British press in the span of her life as royalty—misuse of information, distasteful depictions of her and racial discrimination are among the many unfair trials she’s experienced. However, yesterday the London-based African Women Lawyers Association (AWLA) spoke up against all of that by releasing an open letter of support.

In the letter, the AWLA offers Markle solidarity throughout her negative experience with the British national media. It reads, in part: “The racial discrimination and defamation of character that you have experienced in the national press and on social media by members of the press and the general public has to stop. We urge the national media on your behalf to start portraying your story in a way that edifies and continues to shine a torch of aspiration to every woman through your exemplary achievements.”

The UK-based African Women Lawyers Association has written a letter of support to Duchess Meghan, who they say is “owed an apology and better treatment by the media for your charitable endeavors and royal duties… and represents women of African descent on a world stage.” pic.twitter.com/MQrUiSCeZ4

This non-profit group of female lawyers have a mission to help African and Caribbean women in the UK’s legal field achieve equality of access, retention and promotion, and work to overcome the structural barriers keeping them from their potential. The ladies behind this letter express that Markle “is a source of pride” especially to be “seen as a mentor and the epitome of possibilities that can be achieved by the woman of African descent.”

Markle has tirelessly put her efforts toward various philanthropic initiatives, like any other member of the royal family, but has been critiqued nonetheless. “We feel that you are owed an apology and better treatment by the media for your charitable endeavors and royal duties performed with elegance and represents women of African descent on a world stage,” the AWLA attested.

The support offered from the AWLA is the latest of many supportive alliances. Celebrities and public figures (including a group of over 70 female MP’s) have previously displayed nods of support for the Duchess of Sussex.

Photography via Max Mumby/Getty
Get the best of FASHION in your inbox Thanks for signing up!
The latest fashion, beauty and celeb news delivered right to your email #FASHIONforall Now, check your inbox to complete your subscription
We won’t ever use your email address for anything else
Want even more FASHION? Follow us on social media.