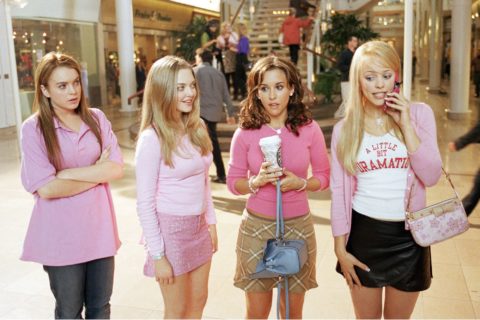 For all the people clamouring to hear songs made out of rainbows and smiles—and a lot of feelings—rest easy: The Mean Girls musical has announced it’s cast. If you know your Broadway stars—and, sure, there are probably some people who do—it’s probably really exciting news. The musical adaption is set to premier in Washington, D.C. –where a lot of Broadway smashes, including this year’s Tony Award winner Dear Evan Hanson, got their start. So, that’s a good sign.

Another good sign: the musical is written by Tina Fey and composed by Jeff Richmond, Tina Fey’s husband, and musical mastermind behind The Unbreakable Kimmy Schmidt (and therefore Titus’s Lemonade). They wouldn’t allow anything bad to hit the stage, right? I mean, no one was really dying to watch Mean Girls with more sing-talking, but maybe it will be fetch.

Truthfully, I was about to start this post with a jab about how silly it is to transform beloved films into plays where there is also singing, which is what I affectionately call musicals. Then I realized two things:

Firstly, I remembered that Sunset Boulevard, which was my favourite musical as an 11-year-old boy (and really, what prepubescent boy doesn’t have a favourite musical?) was based on the classic 1950 film. And so, hating on another movie-to-stage adaptation would be hypocritical.

And secondly: Mean Girls will hardly be the most incongruous adaptation. The list of movies that have been turned into musicals is long, strange and unpredictable. For every Lion King, Hairspray, or Billy Elliot you have a Rocky, Carrie or High Fidelity.

So, let’s reserve judgment for the Mean Girls musical—but save a spot in your Broadway burn book nonetheless.