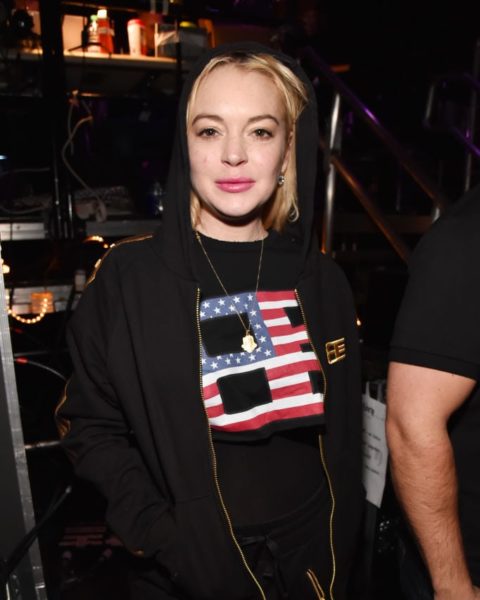 "I think by women speaking against all these things, it makes them look weak when they are very strong women," she'd said in a recent interview.

Last week, the Internet was up in arms (rightly, for once) over a recent interview in which Lindsay Lohan said of the #MeToo movement: “I think by women speaking against all these things, it makes them look weak when they are very strong women.”

“You have these girls who come out, who don’t even know who they are, who do it for the attention,” she added. Further discrediting victims who may (understandably) choose not to speak out immediately following an assault, she said, “If it happens at that moment, you discuss it at that moment. You make it a real thing by making it a police report.”

Of course, Lohan soon realized she needed to backtrack. In an exclusive statement released to People, she said, “I would like to unreservedly apologize for any hurt and distress caused by a quote in a recent interview with The Times. The quote solely related to my hope that a handful of false testimonies out of a tsunami of heroic voices do not serve to dilute the importance of the #MeToo movement, and all of us who champion it. However, I have since learned how statements like mine are seen as hurtful, which was never my intent. I’m sorry for any pain I may have caused.”

Oh LiLo. I’m afraid you can’t wriggle out of that one with a well-worded apology, firstly because even a purported attempt to point out the “handful of false testimonies” needs to be handled responsibly, and preferably without the intention to discredit the #MeToo movement, and secondly because your track record of statements on the subject doesn’t really help.

Last year, at the height of the #MeToo movement, Lohan was one of the few celebrities to come out in support of Harvey Weinstein. In a since-deleted Instagram video, she said: “I feel very bad for Harvey Weinstein right now. I don’t think it’s right what’s going on. I think Georgina needs to take a stand and be there for her husband. He’s never harmed me or did anything to me. We’ve done several movies together. I think everyone needs to stop. I think it’s wrong. So, stand up.”

One of the most dangerous responses to public allegations of sexual assault is assuming that just because a person didn’t do you harm, that means he or she couldn’t have done harm to someone else. With her latest statement, regardless of the subsequent retraction, Lohan adds her very influential voice to all the others out there criticizing, faulting and disbelieving women who come forward with their painful stories. That’s something we just don’t need.