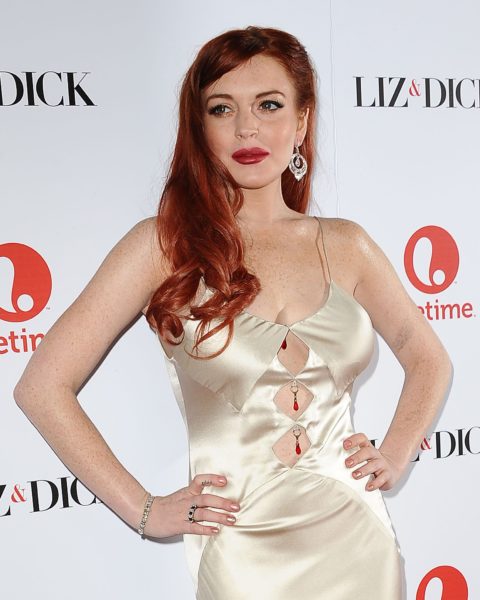 Could Lindsay Lohan Star as Ariel in Disney’s Reboot of The Little Mermaid?

Lily James stunned as Cinderella, Mia Wasikowska wowed as Alice and Emma Watson is princess perfection as Belle. Now, the highly coveted role of Ariel in The Little Mermaid is up for grabs.

Fans have dreamed up everyone from Anna Kendrick to Ariana Grande to take the lead, but Lindsay Lohan took casting into her own hands by posting a side-by-side of herself with the red-headed princess on Instagram.

The original caption, which has since been edited, read:

“I will sing again, as #ariel #thelittlemermaid @disney approve that #billcondon directs it along with my sister @alianamusic singing the theme song for the soundtrack. Also @kgrahamsfb plays Ursula. Simply because, she is the best. Take one. @disneystudios.”

Disney has not yet responded to Lohan’s post about the film, which right now only has Hamilton mastermind Lin-Manuel Miranda and original composer Alan Menken attached.

What we do know is that Hollywood’s biggest names are lining up for the chance to get in on the Disney magic, with the likes of Emma Stone, Meryl Streep and Donald Glover appearing in upcoming live-action remakes of Disney faves. Sorry, Lindsay, but having red hair and “Rumors” on your resume probably won’t be enough to land you your dream role.

Photography by Jason LaVeris/FilmMagic
Get the best of FASHION in your inbox Thanks for signing up!
The latest fashion, beauty and celeb news delivered right to your email #FASHIONforall Now, check your inbox to complete your subscription
We won’t ever use your email address for anything else
Want even more FASHION? Follow us on social media.