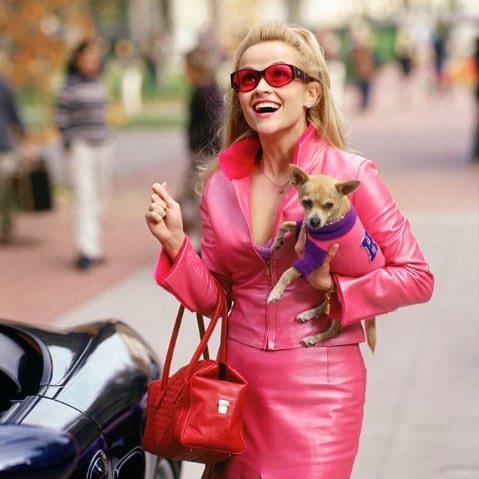 Reese Witherspoon Confirms Legally Blonde 3 Is On The Way

It’s been 15 years since Elle Woods last graced our screens and we’ve all but forgotten how to bend-and-snap. But finally, after over a decade of waiting, Reese Witherspoon herself has given us the confirmation we’ve been hoping for: Legally Blonde 3 is in the works! And people are CELEBRATING.

When you read that there is a #LegallyBlonde3 in the works…… pic.twitter.com/oGAJHucCoV

The original 2001 Legally Blonde was made for $18 million, but ended up grossing over $141 million worldwide. It quickly garnered a cult following due to its super quotable lines, and even inspired a running show on broadway.

A lot of the creators who worked on the first movie are coming back to team up on this new addition. But this time, Witherspoon will also help produce the movie through her media company, Hello Sunshine.

This morning, the actress shared a video of herself clad in a sparkly pink bikini floating in a turquoise pool — it’s an immediately recognizable homage to one of the scenes in the original Legally Blonde.

We’re excited to get some Elle Woods sparkle back in our lives, but we can’t talk about the Harvard Law grad without mentioning her other half. (And no, we’re not talking about you Emmett.) The real iconic duo here is Elle and Bruiser. Sadly, the tiny Chihuahua (actual name: Moonie) passed away a couple of years ago.

We don’t know whether Bruiser will be back for the third instalment, but what we do know is that Moonie is leaving behind some pretty big paw prints to fill.

Legally Blonde 2: Red, White & Blonde ended with Elle’s sights set on the White House, so we’re sure movie number three is going to be pretty great. Will she run for president? Will she paint the White House pink? Whatever this new movie holds, Elle Woods will always have our vote.

Legally Blonde 3 won’t be released until Valentine’s Day 2020, but we don’t think it’s a coincidence that this news dropped in June—it’s “Gemini Month” after all, and everyone knows that Elle and Bruiser are both Gemini Vegetarians.