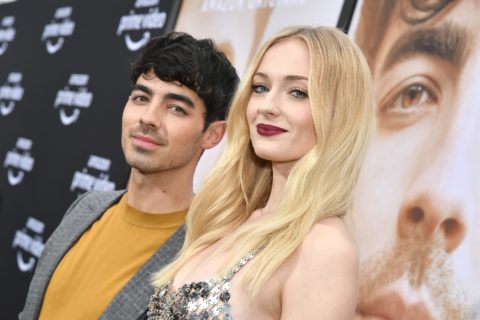 The 2019 VMAs took place overnight in New Jersey and there was no shortage of showstopping moments.

Missy Elliott took to the stage to perform a medley of her hits ahead of receiving this year’s Michael Jackson Video Vanguard Award, reminding everyone that she is a living legend, whilst Taylor Swift promoted the Equality Act petition in her acceptance speech for Best Video surrounded by the diverse cast that appears in her You Need To Calm Down video. Lizzo carried around a bejewelled bottle of Patrón whilst wearing a purple princess dress and silver scrunchie, and Miley Cyrus made her first post-divorce announcement appearance, performing Slide Away (which is largely believed to be about her split from Liam Hemsworth) whilst new girlfriend Kaitlynn Carter watched from the sidelines. All in all, it was an action-packed night but there was one moment in particular that had everyone holding their breath.

The pair took to the stage to perform, delivering a sultry rendition to rival the highly-publicized film clip for the track. At several points during the performance the pair got so close it looked as though they were going to kiss – but alas, our dreams were not to be made as they never did. And it turns out we certainly weren’t the only ones who were hoping for confirmation of their romance.

Joe Jonas shared footage of he and wife Sophie Turner watching the performance unfold and it’s nothing short of hilarious. Sophie is particularly animated in the clip, clearly showcasing the full rollercoaster of emotions we all went through. At the end of the performance they can be seen holding hands with Nick Jonas as they wait for the moment that never came. See it below:

#VMAs are over, but we’re still waiting for that kiss tho ? @Camila_Cabello @ShawnMendes pic.twitter.com/0dBpbiBFa5

Bebe Rexha and Taylor Swift were also heavily invested in the performance, with Rexha (who recently performed in Toronto alongside the Jonas Brothers) actively chanting ‘kiss’:

Since the song (which earned Shawn and Camila the Best Collaboration award at last night’s event) was released and some seemingly very strategic/convenient pap shots were circulated of the singers, many have wondered if the pair is actually an item. We’re clearly all still no closer to knowing.

Photo by Rob Latour/Variety/Shutterstock
Get the best of FASHION in your inbox Thanks for signing up!
The latest fashion, beauty and celeb news delivered right to your email #FASHIONforall Now, check your inbox to complete your subscription
We won’t ever use your email address for anything else
Want even more FASHION? Follow us on social media.