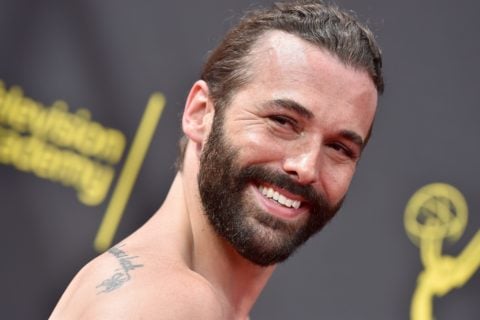 These Are the Comedians to Catch at Toronto’s JFL42 Festival

The smartest thing Netflix has done—aside from reinvigorating the teenage romantic comedies (To All the Boys I Loved Before), telling powerful stories about and by women (Orange is the New Black, Unbelievable), and giving viewers a chance to fall back in love with Rachel McAdams in Morning Glory—might be their investment in stand up comedy.

They didn’t start this most recent comedy boom—podcasting probably has more to do with it—but they definitely helped it along. But, thanks to them we are all aware of a lot more comedians than in years past. That’s a real plus for fans in Toronto since this JFL42, Toronto’s version of the Just for Laughs festival, starts this week, giving us a chance to see some of them live.

But which ones? Obviously, comedy is pretty subjective—for example, apparently Sebastian Manuscalto is very popular, and yet, to certain writers of this article, seems about as funny as a substitute math teacher—but these choices are pretty safe:

After the BDE-enriched drama of Pete Davidson and Arianna Grande imploded, and after Davidson maybe sort of sounded like he might hurt himself on social media, John Mulaney—who you should definitely be familiar with—picked him up and brought him on tour. Their styles aren’t all that similar—Mulaney is polished and precise, while Davidson is a little more raw—but their genuine affection for each other bridges any potential gap. Also, if two white dude comedians aren’t your thing, you should give Mulaney’s wife, Annamarie Tendler, a follow on social media.

Her Netflix show, The Break, was unceremoniously cancelled after its first season, which was sad, but not all that shocking. In a crowded field of late night-style shows, all scrambling to be the top Trump critic, Wolfe’s takes were the sharpest of them all, and that’s including Samantha Bee. Her stand up is equally pointed. If you were putting together a superhero team to take on the patriarchy, she’d be Wolverine. Scratch that: Wolferine.

If you’re only familiar with Nicole Byers as the shockingly charming host of Nailed It, you might be in for a Bob Saget-level surprise. The persona is the same: bold, confident and reassuringly charismatic, but her material is a little more explicit than failed cakes. And that’s a very good thing.

It’s almost hard to quantify why Bargatze is funny—he kind of just… talks. And yet, his comedy works. And it works for everyone. He doesn’t call attention to it—and his stuff is so natural you don’t really notice it—but the Nashville comedian (who came up in New York) is one of the few clean comics to make it.

If you’re choosing which comedian to watch based on the level of hardship they had to overcome before they could make you laugh—and really, who doesn’t?—Crystela Alonzo has got to be near the top of the list. Growing up, her family squatted in an abandoned diner while her mother worked as much as she could. That kind of upbringing can make for some very funny people though. Which is the real reason you should check her out.

As the creator of Queer and Present Danger, an touring LGBTQ comedy showcase, Morostica is doing important things for representation and comedy. Plus, you know, they’re entertaining as hell.

And yeah, these people too obviously:

A legend, who has been consistently hilarious for 60 years? What?

We miss them, too. Seeing them live will be like checking in with your old BFFs.

His comedy probably won’t make you cry as much as Queer Eye, or at least not for the same reasons.