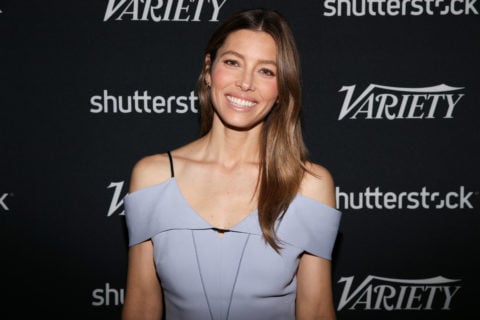 What is the web-o-sphere angry about this week? An extremely successful women’s soccer team, an anti-vaccine actress and a dystopian birthday party held by a young billionaire. Here’s everything you need to know:

THE STORY: The United States swept Thailand in game one of the Women’s World Cup on Tuesday. It was the largest margin of victory in either the men’s or women’s World Cup.

Disgusting and disrespectful.
This is why most of the world cheers against USA.
In this case can't blame them one bit.#noclass

The only criticism I have about the #USWNT and the 13-0 score, is some of the later goals were celebrated too . After it’s 6-0 you stop doing choreographed dances and such. #USATHA

So my son's league has a 7-pt rule where they can't score any more so as to not embarrass the opponent. Adults use this to teach a lesson about sportsmanship, yet people support these double digit celebrations?

RIGHTEOUSNESS OF THE RAGE: The sportsmanship—or rather, sportswomanship—displayed on the world stage sets a precedent for the young athletes watching from home. At first, I found team USA’s elaborate goal celebrations to be patronizing and distasteful. You respect your opponent by giving your all, but that doesn’t mean there aren’t disrespectful ways to react to success.

Then, record international goalscorer Abby Wambach’s, can to the defense of her former teammates and changed my mind.”For all that have issue with many goals: for some players this is there first World Cup goal, and they should be excited,” she tweeted. “Imagine it being you out there,” she added, before bringing gender politics into the conversation. “This is your dream of playing and then scoring in a World Cup. Celebrate. Would you tell a men’s team to not score or celebrate?”

Jessica Biel Comes Out as an Anti-Vax Activist

THE STORY: On Wednesday, actress Jessica Biel joined anti-vaccine activist Robert F. Kennedy Jr. in lobbying California state lawmakers. The pair were advocating against SB 276, a bill that would standardize the process of exempting children from required vaccinations.

According to Jezebel, a staffer who sat in on the meeting says that Biel and Kennedy spoke about their personal belief that vaccines are dangerous and ineffective,

People like Jessica biel who are anti- vaxx should just be referee to as pro diseases. They’re disgusting and just contributing to the reason that diseases like measles mumps and polio are starting to comeback when years ago they were virtually eliminated. #Jessicabiel #antivax pic.twitter.com/MMkVM4LLgf

Sorry, @JessicaBiel may have the right to freedom of speech, but freedom of speech doesn't mean freedom from consequences due to exercising that right. If she's going to advocate antivax views that endanger our children, she should expect pushback, especially as a celebrity. https://t.co/RRPXVEXY3A

RIGHTEOUSNESS OF THE RAGE: The anti-vaccination movement, which has been heavily disputed by an overwhelming weight of medical and scientific evidence, has led to the return of many infectious diseases in the United States.

Biel, however, insists that she isn’t anti-vaccine. “This week I went to Sacramento to talk to legislators in California about a proposed bill,” she said on Instagram. “I am not against vaccinations — I support children getting vaccinations and I also support families having the right to make educated medical decisions for their children alongside their physicians.”

THE STORY: To celebrate her bestie Anastasia “Stassie” Karanikolaou’s birthday, Kylie Jenner transformed her Malibu mansion into Gilead, the dystopian America in which Margaret Atwood’s novel Handmaid’s Tale and its spinoff TV series are set. Party guests traded in their crop tops for red capes and white bonnets, and sipped on specialty cocktails titled “praise be vodka.”

Kylie Jenner is having a party themed after the Handmaid’s Tale…..so…..who’s gonna tell her that her party is literally celebrating female enslavement for their biological reproduction??

WHO IS GOING TO TELL HER

I fucking hate Kylie Jenner. She turned her mansion into Gilead from The Handmaid's Tale for her daughter's first birthday. She thinks it's funny. I want to scream. Eat the rich.https://t.co/CCFfEzy7p1

the fact that kylie jenner actually threw a “handmaid’s tale” themed birthday party is so disturbing. i am actually dumbfounded.

RIGHTEOUSNESS OF THE RAGE: Have these girls been watching the same series as the rest of us? Handmaid’s Tale is a disturbing story set in a world where women are stripped of their autonomy and enslaved by men. While it’s disheartening that anyone might think this dark drama makes for a festive party theme—particularly at a time in America where women’s rights are under attack—I don’t think Jenner planned the celebration will ill intent. Those dystopian tequila shooters were entirely tone deaf, but they likely came from a place of ignorance. Hopefully, the backlash woke Jenner up.