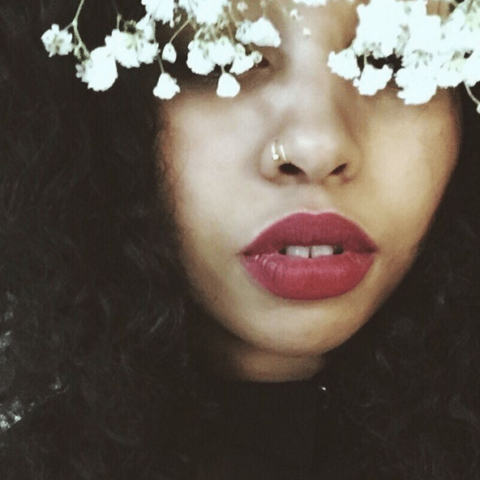 The Instagram-Famous Poets You Need to Know

“If this what you truly want, I can wear her skin over mine. Her hair, over mine. Her hands as gloves, her teeth as confetti. Her scalp, a cap. Her sternum, my bedazzled cane. We can pose for a photograph, all three of us, immortalized. You and your perfect girl. Why can’t you see me? Everyone else can.”

Recognize it? Of course you do. Unless you avoid the internet entirely (in which case, how are you reading this?), you know that Beyoncé released the best album of the year, her best work to date, and an insane visual work last year. Lemonade is 11 songs long, and each is preceded by a piece of spoken word poetry, recited by Bey. The poet behind the words is 27-year-old Warsan Shire, a Somali-British poet. In fact, many of the interludes are adaptations of some of Shire’s existing works (“For Women Who Are Difficult to Love,” “The unbearable weight of staying (the end of the relationship),” and “Nail Technician As Palm Reader”).

Warsan Shire is part of an emerging group of “internet famous” poets whose work you’ve likely seen on Tumblr and Instagram. If you liked Shire’s work on Lemonade, you have to familiarize yourself with these poets.

Nayyirah Waheed’s two works, “salt” and “nejma,” have caught the attention of the Tumblr crowd, leading to her large Instagram and Twitter followings. One of the best things about Waheed’s presence on social media, besides her poems that knock the air out of your lungs, is the fact that she’s extremely outspoken about plagiarism and will regularly call out people for not crediting her work when reposting. Waheed is an excellent example of contemporary poets being open about what it’s like to exist in internet culture.

Yrsa Daley-Ward is a Nigerian-Jamaican poet, actress and model who was raised by her Seventh Day Adventist grandparents in the UK. Her first collection of stories is called “On Snakes and Other Stories” but her latest work, “Bone” is what you’ll see fans posting online.

The 33-year-old writer now splits her time between Cape Town and London, and is also a professionally trained actress.

You mat have heard of Rupi Kaur before — she’s the Sikhi poet who posted a photo of herself wearing period blood-stained pants, which was then deleted by Instagram, sparking a period-shaming movement this past summer. The India-born, Brampton-based (yup, Canadian!) poet and spoken word artist released her first published anthology, “milk and honey,” in 2015, after gaining popularity, where else, online. FYI, Kaur also draws the illustrations that come with each of her poems.

❤️? missing you all. sending love and light. ?❤️