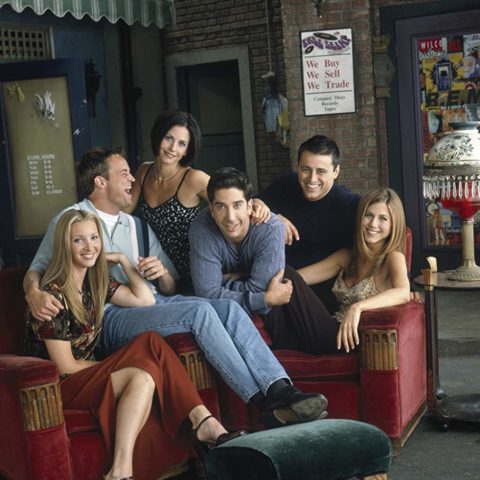 Jennifer Aniston Really Wants That Friends Reboot to Happen… But Does Anyone Else?

Ah, the age-old question. Is there going to be a Friends reunion?

Based on this interview with Jennifer Aniston in the September issue of InStyle, one Rachel Green could not be more excited about the possibility.

“Before that show ended, people were asking if we were coming back,” she said in response to whether she thinks Friends would ever make a comeback. “Courteney [Cox] and Lisa [Kudrow] and I talk about it. I fantasize about it. It really was the greatest job I ever had. I don’t know what it would look like today, but you never know. So many shows are being successfully rebooted. I know Matt LeBlanc doesn’t want to be asked that question anymore. But maybe we could talk him into it. Or we just give it some time and then Lisa, Courteney, and I could reboot The Golden Girls and spend our last years together on wicker furniture.”

It’s not the first time she’s expressed interest in a reunion. Earlier this year, in an appearance on The Ellen Show, she sparked hope in the hearts of Friends stans worldwide saying, “Anything is a possibility, Ellen. Anything! I mean, George Clooney got married! That’s like, anything can happen! I think it’s wonderful.”

The rest of the sextet, though? They’re, well, less enthused.

Courteney Cox
Back in 2015, the actress said: “Let it go. We’re not doing it! It’s just not going to happen.” Brief, to the point, unequivocal. She hasn’t said much on the subject since, although Aniston did say in her InStyle interview that they “talk about it.”

Lisa Kudrow
On Conan earlier this year, after a viral “trailer” for a Friends movie dropped on YouTube, pieced together with clips from various other shows the Friends stars had been on, she said: “They’re rebooting everything so how does that work with Friends, though? That was about people in their 20s, 30s… the show isn’t about people in their 40s and 50s. And if we have the same problems, then that’s just sad.”

Matt LeBlanc
Matt LeBlanc is as sure of not wanting to do a reboot as Joey is of his love for sandwiches. Speaking with Steve Harvey earlier this year, he said: “That show was about a very finite period in your life, when you’re between 20 and 30, you’re out of school but your life hadn’t really started yet and your friends are your family, and you’re kind of finding your way. When that period is over, it’s over. All the characters have gone their separate ways. I always have this standard go-to joke when people say, ‘We want to see what Joey’s doing now.’ Nobody wants to see Joey at his colonoscopy! Nobody wants to see that.”

Matthew Perry
Everyone’s favourite sarcastic friend revealed to Variety last year why he’s against the whole idea. “I have this recurring nightmare — I’m not kidding about this. When I’m asleep, I have this nightmare that we do Friends again and nobody cares. We do a whole series, we come back, and nobody cares about it. So if anybody asks me, I’m gonna say no. The thing is: we ended on such a high. We can’t beat it. Why would we go and do it again?”

David Schwimmer
On Megyn Kelly Today earlier this year, Schwimmer shut down the possibility of a reunion, saying, “Look, the thing is, I just don’t know if I want to see all of us with crutches [and] walkers.”

Okay Ross, we’re not talking about Friends: The Septuagenerian Edition, but I get where you’re coming from. Now, I’m as solid a Friends fan as they come. I never—literally, never—tire of re-watching this show, can pretty effortlessly work quips from the show into daily conversation, and even own a Friends DVD box set circa 2006. But I’m with the gang on this one. That show is a perfect—admittedly utopian—microcosm of 20-something New Yorkers trying to figure their lives out, and there’s something so pure and familiar and just so ’90s about it that I hate the thought of what it would look like in 2018. For one, everyone at Central Perk would be on their phones, conversation would likely be dominated by whatever inane thing the Trump administration did that day, and no one would be able to afford to live in the West Village. That show worked because it captured a specific, idealistic moment in time, and more importantly, a specific moment in time in its characters’ lives, before they truly grew up and went their semi-separate ways. And when I think of those friends, I want to picture them having long conversations about life over giant mugs of black coffee, not sipping on turmeric lattes as they gripe about their taxes.