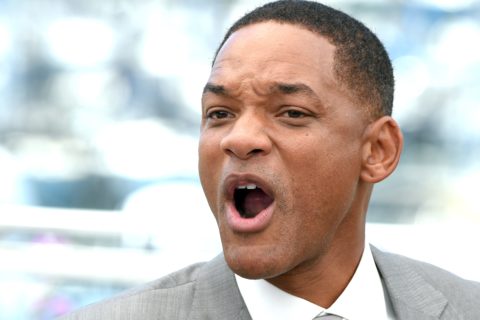 What is the web-o-sphere angry about this week? An attempt to bring the Oscars into the 21st century, a white teen on the cover of a men’s magazine and a live-action interpretation of a beloved Disney character. Here’s everything you need to know:

THE STORY: Back in August, the Academy’s board of governors approved a plan that, in an effort to reduce the show’s air time, would present four Academy Awards during the commercial break. It was announced this past week that the affected categories are cinematography, film editing, live-action short and makeup and hairstyling.

By cutting Cinematography and Editing from the show, the Oscars declare themselves as nothing more than a celebrity and marketing circus.

Photography & editing is filmmaking. It’s as simple as that.

If they feel so strongly about this, then I would like ABC and the Academy to produce the Oscars broadcast without any editing, cinematography, makeup or hair-styling.

They're handing out cinematography + editing during the COMMERCIAL BREAKS of the Oscars. I would be speechless if I wasn't so angry. Cinematography and editing are the heart and soul of film making, a feat that requires a team of people that SHOULD be recognized, NOT compromised.

RIGHTEOUSNESS OF THE RAGE: I’m all for a shorter show, but it seems pretty senseless not to publically recognize editors and cinematographers in this setting. (Nobody really seems too upset about live-action short and makeup and hairstyling—so maybe the can continue to keep those presentations during the commercial break. I won’t cause a fuss.)

Award shows need to look at reinventing their format if they’re going to survive. But if they lose sight of their purpose, they won’t stand a chance at lasting. The Academy should be asking themselves: are the Oscars meant to honour achievement in film, or to satisfy our desire to stare at celebrities from our couches?

The decision, however, was now been reversed: “The Academy has heard the feedback from its membership regarding the Oscar presentation of four awards – Cinematography, Film Editing, Live Action Short, and Makeup and Hairstyling,” the
officers of the Academy’s board of governors said in a statement on February 15. “All Academy Awards will be presented without edits, in our traditional format. We look forward to Oscar Sunday, February 24.”

THE STORY: Esquire‘s March 2019 issue profiles Ryan Morgan, a high school senior from West Bend, Wisconsin whose photo is accompanied by the cover line: “An American Boy: What it’s like to grow up white, middle class and male in the era of social media, school shootings, toxic masculinity, #MeToo, and a divided country.”

Way to go @esquire. This is the most stunning display of Trump-supporting white male cishet victimhood I’ve read in ages. pic.twitter.com/iYEAXvJyYM

It is legitimate to look into a "white boy"'s perspective & struggles, but THIS?! I am feeling really (#PoC) aggressive… like the violent savage queer Arab I am. Are you f-ing kidding me, @esquire?! This is a disgusting – let alone stupid – attack on so many crucial issues. pic.twitter.com/IDTUtVhMWT

RIGHTEOUSNESS OF THE RAGE: I understand what Esquire was trying to do with this piece. We should be taking an in-depth look at how white boys of privilege understand (or rather, misunderstand) masculinity in the rapidly changing cultural landscape. And, listening is a vital first step in understanding those outside of our ideological bubble.

The execution of this story is where the problem lies. The Esquire editor’s letter notes that American teens of other races, genders and sexual-orientations will also be profiled as part of this on-going series. It is, however, extremely telling that a young white male gets the first story, and likely, the only cover. “The history is clear,” Jessa Crispin writes for The Guardian. “White men are allowed to represent America or humanity as a whole. Black men can only ever represent blackness, women can only ever represent femininity.” By putting Ryan Morgan on the cover and labeling him “An American Boy,” Esquire is, with or without intention, affirming that male whiteness is representative of the American identity.

Fans Get a Preview of Will Smith’s Genie

THE STORY: In a new teaser trailer for Disney’s upcoming live-action adaptation of Aladdin, audiences get a first look at Will Smith as the “blue” Genie.

They premiered this image at night??? We are supposed to sleep after this??? I have never known peace pic.twitter.com/zUzl8X1Axw

i'll never sleep again and it's all will smith's fault #aladdin pic.twitter.com/wUL79ZchIG

RIGHTEOUSNESS OF THE RAGE: Will Smith can’t seem to catch a break with this one. When Entertainment Weekly gave us a glimpse at Smith as a slimmed-down, not blue genie with a “Top Knot Ponytail Vibes” back in December, fans were outraged. Now, he’s blue—and he’s still frightening and outraging audiences. I think we may need to stop comparing Smith’s genie to the original and attempt to suspend our disbelief. Disney has a lot of cash—but there’s only so much you can do when you’re adapting an animated magical figure.