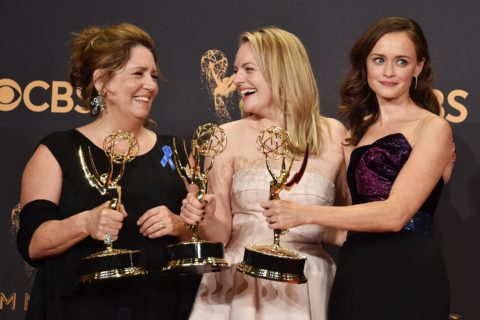 Who runs the world?

It’s official: TV girlfriends and wives are a thing of the past. The 69th Emmy Awards celebrated stories about women, starring women, written by women.

Female-fronted television shows swept last night’s wins, with Big Little Lies, The Handmaid’s Tale, Veep, and Black Mirror: San Junipero taking home the biggest awards. Reese Witherspoon, who produced and starred in Big Little Lies with Nicole Kidman, summed up the night best in her acceptance speech: “It’s been an incredible year for women on television.” And, in the wise words of Kidman, “So now, more roles for women, please!”

Here’s a roundup of our favourite #GirlPower moments from the 2017 Emmys. 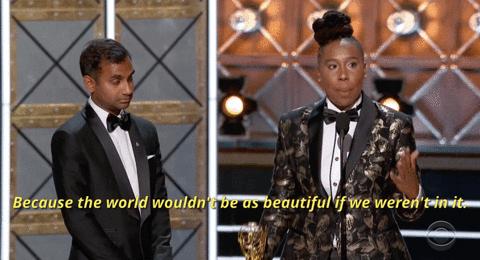 Waithe, who stars in and co-wrote Aziz Ansari’s Master of None “Thanksgiving” episode, became the first African-American woman to win a writing award. To top it off, Waithe gave a killer speech on diversity. In a night full of emotional thank yous and powerful political messages, Waithe is the person people are still talking about.

“The things that make us different – those are our superpowers,” said the new Emmy winner. “Every day when you walk out the door and put on your imaginary cape and go out there and conquer the world, because the world would not be as beautiful as it is if we weren’t in it. And for everybody out there that showed us so much love for this episode, thank you for embracing a little Indian boy from South Carolina and a queer black girl from the South Side of Chicago.” 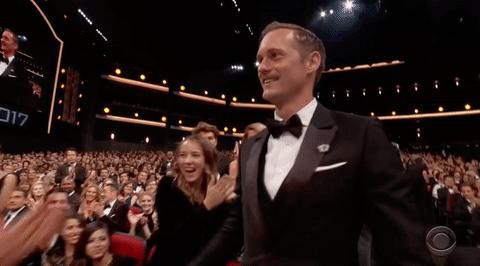 Ok so this in’t necessarily a win for women… but it had to be included. It should be noted, however, that Skarsgård won his Emmy for a role in which he plays a violent, domestic abuser and that portraying this dark narrative in the media is a win for women. This tender moment between Kidman and her on-screen hubby showed there’s no bad blood IRL. And if that heartwarming moment wasn’t enough, in his acceptance speech for the best supporting actor win, Skarsgård looked to his Big Little Lies co-stars in audience, and said: “Thank you for making this boy feel like one of the girls.” Aww. 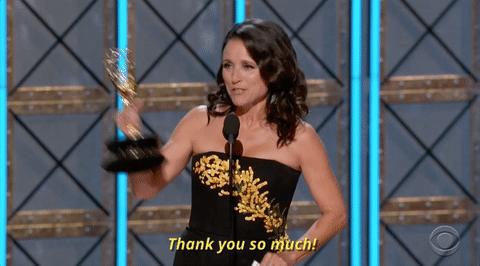 Last night’s Best Lead Actress in a Comedy Series win set a big record: it was Julia Louis-Dreyfus’ sixth Emmy award for portraying Vice-President-turned-POTUS Selina Meyer on the HBO political comedy, Veep. NBD or anything, but she officially broke the record for most Emmys won by a performer for the same role. 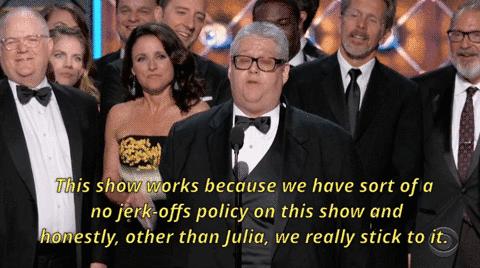 Veep also took home the award for outstanding comedy series for the third year in a row. 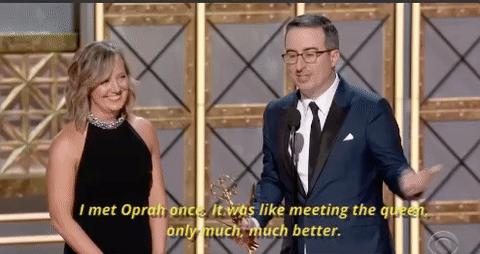 Because how could he not? “I’d like to thank Oprah because she’s sitting right there,” the comedian said in his thank you speech, “and it feels inappropriate not to.” 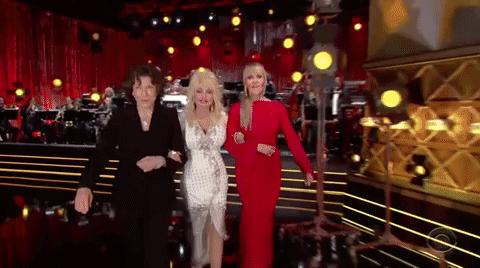 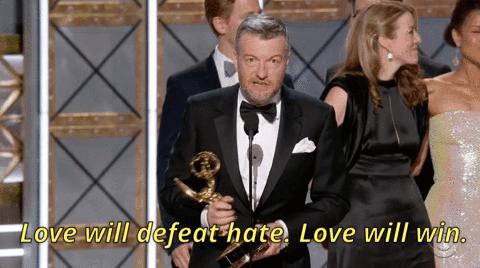 San Junipero wasn’t Black Mirror’s typically bleak dystopian depiction of the future: it was a notably upbeat and heartwarming love story between two women. The episode won the Emmy Award for Outstanding Television Movie, and Charlie Brooker, who wrote the episode himself, also picked up the award for Outstanding Writing for a TV Movie. 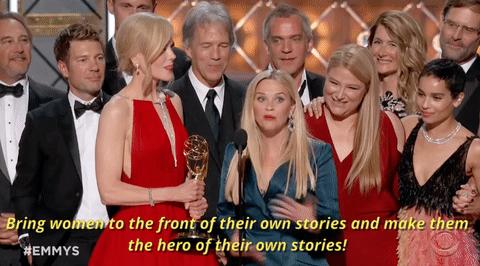 The Handmaid’s Tale wins IT ALL 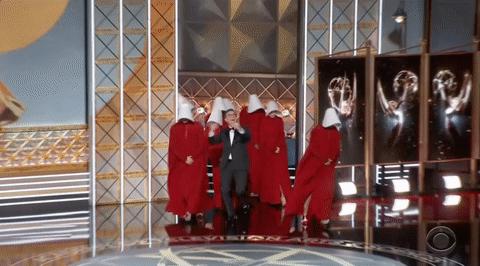 A dystopian series about stripped women’s rights took home the biggest award of the night. But The Handmaid’s Tale didn’t just triumph in the Outstanding Drama category, it cleaned up in every field in which it was nominated, including Best Lead (Elisabeth Moss) and Supporting (Ann Dowd) Actress in a Drama, Best Writing in a Drama and Best Direction in a Drama. Fun FYI: Reed Morano became the first woman to win drama directing in 22 years. 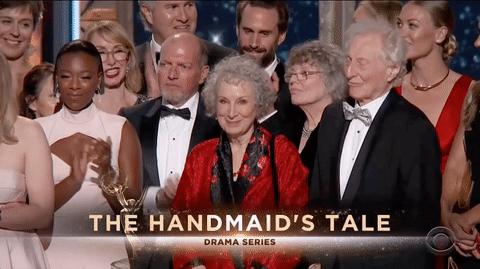 Photography by Alberto E. Rodriguez/Getty Images
Get the best of FASHION in your inbox Thanks for signing up!
The latest fashion, beauty and celeb news delivered right to your email #FASHIONforall Now, check your inbox to complete your subscription
We won’t ever use your email address for anything else
Want even more FASHION? Follow us on social media.