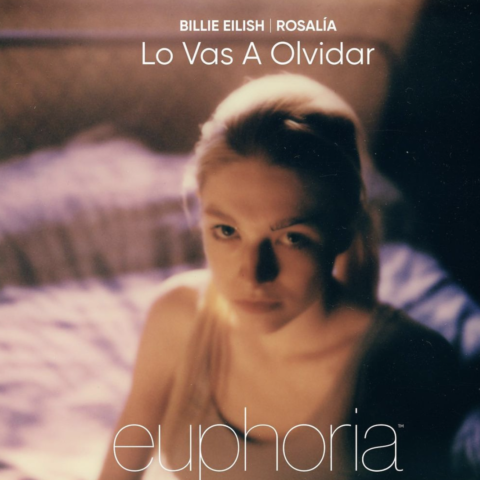 The song will appear on this week's special episode of Euphoria.

After teasing a collaboration for what feels like forever, Billie Eilish and Rosalía’s highly anticipated single is finally here. The new song, titled “Lo Vas a Olvidar (You Will Forget Her),” just dropped today, along with the accompanying music video for the single, which was directed by Nabil. Fans have been patiently awaiting the song since Rosalía’s tweeted about it back in March 2019 (!), saying “can’t wait to finish our song” alongside a photo of the duo.

And luckily for us, it looks like the song did, in fact, get finished. In the dark and moody music video for the Spanish single, Eilish rocks her signature neon green roots, and both singers don some matching conceptual nail art covered in gemstones and what looks like wire.

The song is also featured in an upcoming special episode of HBO’s Euphoria, “Part Two: Jules,’” which will air tomorrow, January 22, on HBO Max, and Sunday, January 24 on HBO. The episode will take viewers into the world of Jules (played by Hunter Schafer), including how she spent the holidays as she reflects on the past year with Rue (played by Zendaya).

Watch the full music video for Billie Eilish and Rosalía’s brand new single, “Lo Vas a Olvidar (You Will Forget Her)” below.