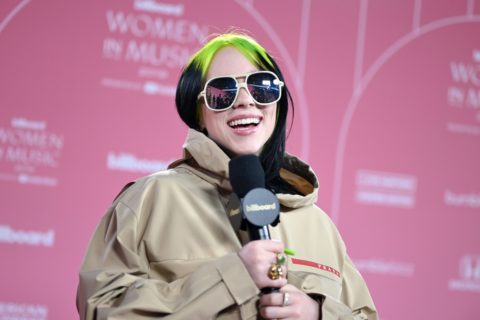 Off the back of an incredibly successful 2019 – not least thanks to her sweeping the board at the inaugural Apple Music Awards – Billie Eilish is showing no signs of slowing down for 2020. In fact, the American singer has been revealed as the next singer to perform the theme track for the upcoming James Bond film, No Time To Die.

And whilst the announcement in and of itself is pretty major, Eilish is also the youngest person ever to be given the honour. She follows in the most recent footsteps of Adele, who recorded Skyfall in 2018 for the film of the same name, and Sam Smith, who penned Writing’s on The Wall for Spectre. It’s a storied legacy, particularly when you remember that both of the aforementioned songs won an Oscar for Best Original Song.

The #NoTimeToDie title song will be performed by @billieeilish. Billie has written the song with her brother @finneas and is the youngest artist in history to write and record a James Bond theme song. pic.twitter.com/Qd5cYIRlmg

Eilish will once again team up with her brother Finneas O’Connell who co-wrote her critically acclaimed album When We All Fall Asleep, Where Do We Go?.

After sharing pictures of former Bond girls on her Instagram Stories, including Halle Berry, Eva Green and Lea Seydoux, the Bad Guy singer posted a picture of the 007 logo to her wall, writing, “No Time To Die, James Bond. And I am Singing the Theme Tune. Whaat.” The post has already racked up almost two million likes since it was posted this morning.

According to Vogue UK, the singer said of the honour: “It feels crazy to be a part of this in every way. To be able to score the theme song to a film that is part of such a legendary series is a huge honour. James Bond is the coolest film franchise to ever exist. I’m still in shock.”

Photo by Kevin Mazur/Getty Images for Billboard
Get the best of FASHION in your inbox Thanks for signing up!
The latest fashion, beauty and celeb news delivered right to your email #FASHIONforall Now, check your inbox to complete your subscription
We won’t ever use your email address for anything else
Want even more FASHION? Follow us on social media.