If the last few months have taught us anything where Beyoncé’s concerned, it’s to expect the unexpected. At last Friday’s opening of the European leg of her “Mrs. Carter” tour in Glasgow, Scotland, Queen Bey gave her legion of fans a whole new godly experience by performing an entirely revamped set list, accompanied with a fresh crop of stellar new stage costumes. In a word: Flawless.

Like anything Beyoncé wears, curve-hugging glamour is front and centre in the new range of costumes created by Versace, Givenchy and Greek designer Vrettos Vrettakos.

Beginning with Versace, Beyoncé opened the show in a little white dress accented with metallic silver embellishments. Later, she switched into her second look by the label, which consisted of a shimmering silver metal mesh dress, paired with a black leather bandeau and bottoms underneath.

Fans were in for a familiar treat as Beyoncé re-enacted her Grammys “Drunk in Love” performance on stage, rotating wooden chair and all. This time, she ditched the caged bodysuit and oil slick for a Swarovski crystal studded cat suit by Vrettos Vrettakos, who also designed her Brit Awards performance look. During the show the singer took a cue from her “Flawless” video look by appearing on stage dressed in a black-jeweled embellished plaid button up and black leather shorts by Givenchy. And although an appearance by a scantily clad Joan Smalls and Jourdan Dunn would’ve been epic during the performance of “Yonce”, Beyoncé made up for it by looking every bit like a supermodel on stage.

Unless you’ve got a flight booked to Europe any time soon, these photos will likely be your only chance to Beyoncé’s new tour costumes. Sad? Just watch this. 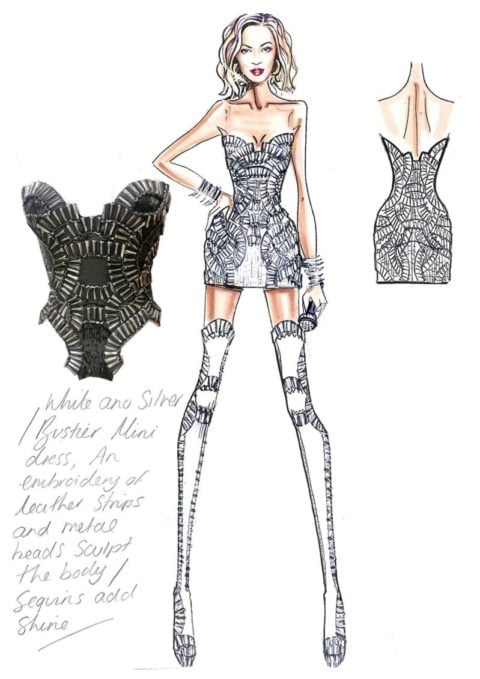 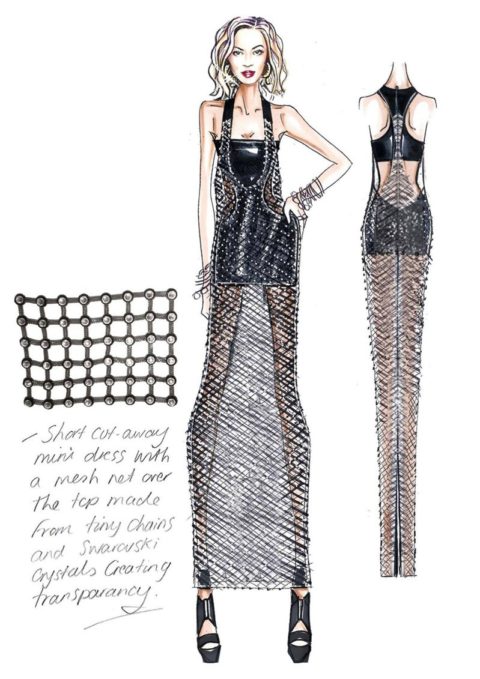 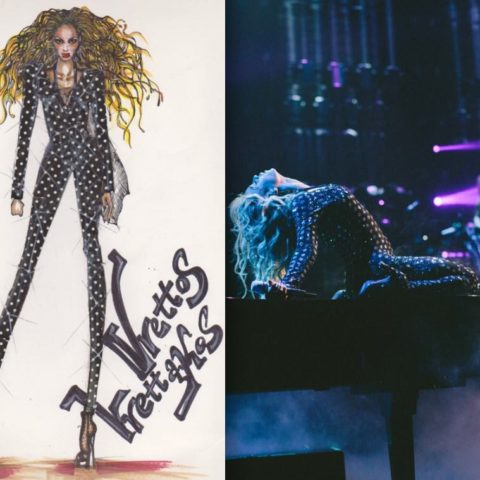 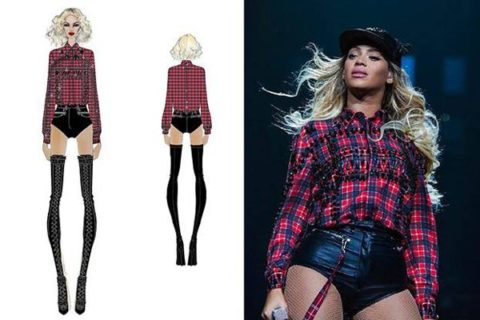 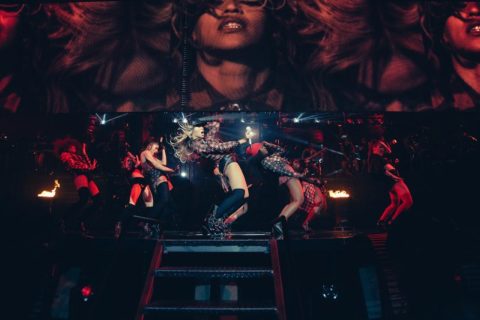 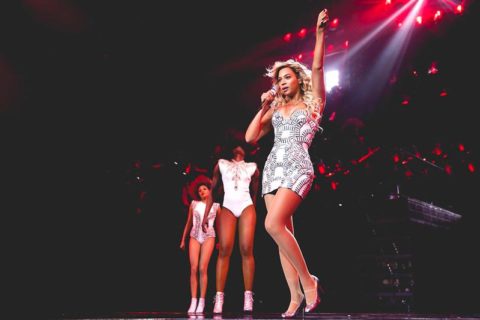 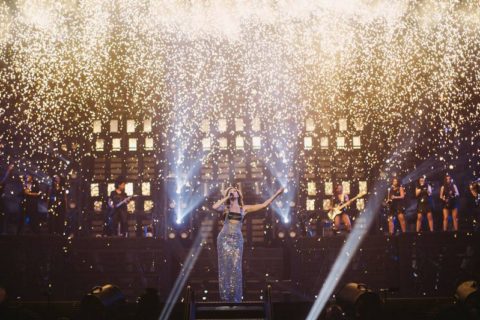 Beyonce is wearing an embellished plaid button up and shorts by Givenchy, with Chanel leather chain boots.

Beyonce is wearing a white embellished dress by Versace.

Beyonce is wearing a metal mesh dress with a black leather bandeau and bottoms by Versace.

Photography by Rob Hoffman/iam.beyonce.com
Get the best of FASHION in your inbox Thanks for signing up!
The latest fashion, beauty and celeb news delivered right to your email #FASHIONforall Now, check your inbox to complete your subscription
We won’t ever use your email address for anything else
Want even more FASHION? Follow us on social media.