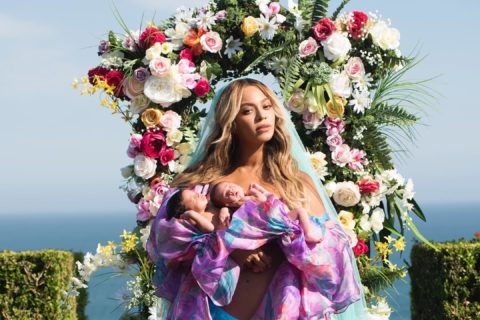 Everything We Know About Beyoncé and JAY-Z’s Twins

We think it’s safe to say that Beyoncé and JAY-Z have officially welcomed their twin babies into this world. Ever since she broke the pregnant-with-twins news on Instagram (and made it the most-liked photo on the platform to date), we’ve spent the past few months keeping tabs on Queen Bey, wondering whether or not she had gone into labour. Fast-forward to the end of June, and we can say that the wait is finally over.

Although it had been widely reported that Beyoncé and JAY-Z’s twins are indeed here, for a month they were practically mythical, since the power couple had yet to make an official announcement. (You know, like other new celeb parents.) But seeing that the babies were born prematurely and that Queen Bey is all about surprises, we assumed she was resting and plotting how she wanted her new babies to be publicly revealed. Because if we’ve learned anything from the Grammy award-winning singer, it’s that she runs on her own schedule and the rest of the world just has to deal with it.

Revealing the one-month-old twins in true Bey fashion, the new mother-of-three shared a photo of her effortlessly carrying Sir Carter and Rumi in front of a floral arch.

Garnering already 6 million likes (and counting), this photo is well on its way to become the most-liked pic on IG. Let July 14, 2017 be known as the day Queen Bey broke Instagram – again.

Here’s what we found on the Internet about the most popular babies of the moment.

The twins’ birthdate is up for debate.

The actual birthdate is still in question. While there are multiple sources saying that the Carter twins arrived on Monday, June 12, others speculate it was Sunday, June 18, when Bey’s father, Mathew Knowles, posted a congratulatory message to the couple on social media.

However, given that Beyoncé did announce the twins are one month old on July 14, we can assume Sir Carter and Rumi were born on June 14, 2017.

It’s a boy and a girl, allegedly.

While some may have believed Barack Obama revealed that Beyoncé and JAY-Z had twin girls, it looks like the Internet (but mainly the Beyhive) thinks otherwise. Case in point: A woman was spotted carrying a pink and a blue balloon arrangement with a card addressed to “B+J” outside the UCLA medical hospital.

Wow! Did Beyoncé have a boy and a girl? A woman was seen carrying pink & blue balloons into UCLA Medical on Friday with a card for "B + J"! pic.twitter.com/PlSAK2s5Dt

Their names are really cute.

While there were rumours swirling around saying the power couple named the twins after themselves, it looks like we can put those to rest because the Carters have settled on two non-traditional names. World, meet Rumi and Sir Carter. According to trademark documents filed to the United States Patent and Trademark Office obtained by People, Bey and JAY-Z’s companies own the rights to the new babies’ names, which are trademarked for everything from fragrances and cosmetics to baby gear and sports items.

The babies were “under the lights.”

It was reported that the twins were born prematurely, so they were being kept at the hospital. TMZ reported that the babies were “under the lights,” which could mean they had jaundice (a condition common among premature babies) because of elevated bilirubin levels.

The Carter family is currently residing in Malibu.

According to the Daily Mail, the new parents have left the hospital with the twins and are recovering in an OTT six-acre, 10-bedroom oceanfront Malibu home, which they’re renting for $400,000 a month until they find a permanent home in L.A. #nbd

Their names have a special meaning

During an interview with podcast Rap Radar, Jay explained that his daughter was named after Jalal ad-Din Muhammad Rumi, a the 13th-century scholar and poet who is a fav of the proud parents. Sir’s name came more organically: “He carries himself like that,” his father explained. “He just came out, like, Sir.” Now if we could just see a little more of the twins’ faces…PICTURES PLEASE!