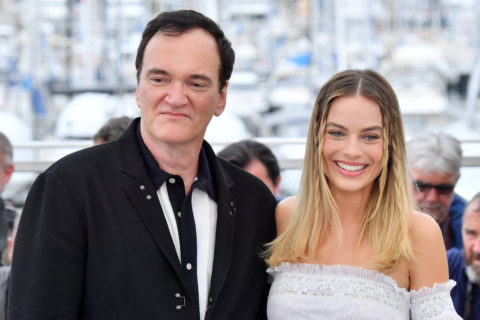 What is the web-o-sphere angry about this week? A dog who was killed at her owner’s will, a director who doesn’t answer valid questions and a music legend who doubts Beyoncé’s icon status. Here’s everything you need to know:

A Healthy Dog Was Euthanized and Buried With Its Owner

THE STORY: A perfectly healthy pup named Emma was recently euthanized after her deceased owner left a will that explicitly instructed that the Shih Tzu be cremated and buried with her.

Emma arrived at a local animal shelter in Chesterfield County on March 8, after her owner died and stayed for about two weeks before the executor of the dead woman’s estate arrived and asked to euthanize the healthy pup.

The veterinarian that perfomed the euthanasia should lose any right to practice. It is unethical to kill a healthy animal. There was no physical suffering to alleviate. I euthanized my dog tonight (lymphoma) and this makes me furious.

A healthy dog was euthanized bc that was the wish of the owner in her will, who recently passed. Wtf? This is disgusting. Should never have happened. The Vet tried for 2 weeks to talk the executor of the will out of it, but would have none of it.

We should also euthanize people when their pets pass away, just to keep things on the level.

RIGHTEOUSNESS OF THE RAGE: Yes, this sounds terrible. And yet, many animals die in shelters because they aren’t matched with a home. It’s shouldn’t be so hard to empathize with a dog owner who wishes for their pet to have a quick and peaceful death, rather than have their pet’s final days spent in a cage afraid and grieving the death of their human companion.

But that doesn’t seem to be the case in this situation. According to personnel at the animal shelter where Emma resided for two weeks before she was euthanized, there were other options. “We did suggest they could sign the dog over on numerous occasions,” Carrie Jones, the manager of Chesterfield Animal Services in Virginia told the Associated Press, “because it’s a dog we could easily find a home for and re-home.”

Quentin Tarantino ‘Rejects Hypothesis’ Made by Journalist About Margot Robbie

THE STORY: At the Cannes Film Festival, a female journalist asked filmmaker Quentin Tarantino why he gave so few lines to actress Margot Robbie in his highly anticipated film, “Once Upon a Time in Hollywood.”

“Quentin you put Margot Robbie, a very talented actress, actor, in your film,” the New York Times journalist asked Tarantino during a press conference. Robbie plays the actress Sharon Tate, an actress who was murdered by the Manson clan in 1969.

“This is a person with great acting talent and yet you haven’t given her many lines in the movie,” she continued. “I guess that was a deliberate choice on your part. And I just wanted to know why that was that we don’t hear her speak that much.”

Tarantino, the film’s writer and director, responded: “Well, I just reject your hypothesis.”

Can we just stop for a moment to praise Margot Robbie for remaining professional and answering the reporter’s question. What could have been an interesting discussion of female characters in Tarantino films ended up with the director sulking because he didn’t like the question https://t.co/r8M5dBGpG2

Like, Tarantino has made some good movies and some bad movies but why even pretend like he gives a shit about female characters?

hey male writers/filmmakers! maybe don’t treat your female characters like shit then refuse to hear any valid criticism about it!! how about that?? anyway tarantino is unprofessional and misogynistic, wHo KnEw RiGhT?

RIGHTEOUSNESS OF THE RAGE: As many on Twitter were quick to note, some of Tarantino’s most iconic characters are women. However, Jackie Brown and the Kill Bill volumes don’t necessarily give the director a free pass at being curt and unprofessional with a journalist who, in doing her job, asked a very valid question. The job of explaining the character should fall on the writer, but that job instead landed on Margot Robbie, who gave a thoughtful and reasoned response to the journalist’s question.

THE STORY: Legendary singer and actress Dionne Warwick recently spoke about her admiration for Beyoncé. “Watching her growth has been quite refreshing. It’s wonderful to see how she’s been able to create what and who she wanted to be and who she is…” she told Essence, “very proud of that, I really am.” She also, however, said that she doubts Queen Bey’s career will hold up against those like Gladys Knight, Patti LaBelle, and Frank Sinatra. She reasoned that such a legacy is quite simply a “long row to hoe.”

That fossil Dionne Warwick should have just sat in her old age chair, instead she is coming for Beyoncé pic.twitter.com/THNzXvEkyb

Dionne Warwick ain’t even an icon the bitch is just old ?? https://t.co/6nrIFI2CR0

You have a short road ahead, stay in your god damn lane

RIGHTEOUSNESS OF THE RAGE: Dionne Warwick is a legend. The 78-year-old “Walk on By” singer has more hits than most artists have records. So it’s with the utmost respect I say this: age and longevity are not the only two criteria that indicate iconicity. Beyoncé has made substantial contributions both to music and culture, and she likely will continue to do so until she is Warwick’s age.

Photography by Anthony Harvey/REX/Shutterstock
Get the best of FASHION in your inbox Thanks for signing up!
The latest fashion, beauty and celeb news delivered right to your email #FASHIONforall Now, check your inbox to complete your subscription
We won’t ever use your email address for anything else
Want even more FASHION? Follow us on social media.