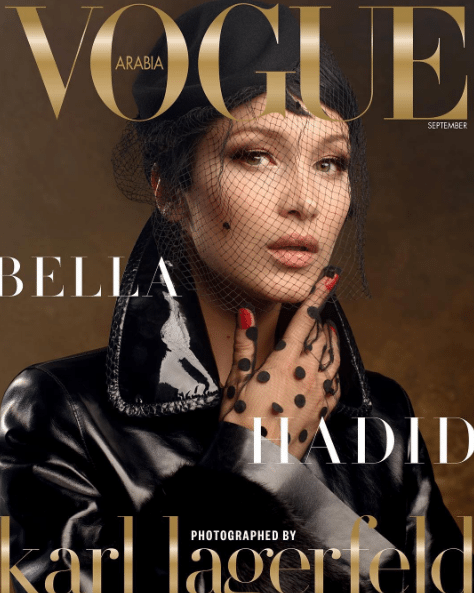 Why Does Bella Hadid Have So Many September Covers?

Of all the magazine covers in a year, the September issue is the most important and the most highly-anticipated (just see The September Issue documentary for proof). It marks the start of a new (and arguably the most important) season in fashion, and is typically the biggest issue of the year, thanks to an influx of advertisements.

So when you’re a model or a celebrity, landing a September issue of a major magazine is a huge accolade. (Side note: If you haven’t already seen our gorgeous September 2017 cover shoot featuring the lovely Lorde, you can do so here). And considering how many successful models in the industry right now, you’d think we’d see a wide array of cover stars this year (or at least, that’s what we hoped for). But for some reason, almost every international magazine wanted Bella Hadid to grace the covers of their September 2017 issues.

Take a look at what she’s racked up so far:

??? Vogue Spain September Issue ! Absolutely crazy! Thank you @patrickdemarchelier @ondineazoulay I appreciate you so much! Shot in the streets of Paris! Xox???

Wow.. Thank you…September Issue of @voguearabia Shot by Mr. Incredible, Karl Lagerfeld.. I am so honored and proud to be on this cover of Vogue Arabia, not only to be shot by the one and only Karl, to be touched by the legend @peterphilipsmakeup and hair done up by the unrivaled @sammcknight1 styled by the one and only @amandaharlech ❤️… but specifically to represent and cherish my half-Palestinian blood from my father and his strong, loving, wonderful Arab side of my family. This cover is in honor of my teta Khair Hadid, my family, and my Arab/Muslim friends out there..❤️Thank you so much for allowing me to be a part of the newest international Vogue and thank you Vogue Arabia for continuing to celebrate and accept all different cultures and customs the way we all should❤️?

Vogue Arabia September Issue ?? Shot by Karl Lagerfeld Styled by the queen of all things good @amandaharlech Hair and makeup by two of the greats @peterphilipsmakeup @sammcknight1 A team I will feel forever lucky to work with, learn from and grow with. I love you! @voguearabia

Vogue China September Issue with the sweetest❤️ @_chuwong ❤️ by the legend himself @patrickdemarchelier and the amazing @danielapaudice Thank you so much to the amazing team ??❤️

Wow!GOODMORNING❤️❤️❤️@voguebrasil September Issue by the absolutely INCREDIBLE @guipaganini and @yasminesterea ????? Thank you x10000 such an amazing day!! Xo

Now don’t get us wrong, the 20-year-old model is great at what she does, and is clearly well-loved by designers and beauty brands (she’s currently the face of Dior Makeup, NARS, Chrome Hearts, DKNY, Tag Heuer, Max Mara, Giuseppe Zanotti and Bulgari, along with being part of the #WangSquad and a Nike ambassador, so good luck avoiding her face wherever you go), but is it really necessary to put Bella on EIGHT magazine covers this month? Even her older sister, Gigi Hadid, didn’t land as many September covers this year (so far, she’s nabbed Vogue Korea).

Of course, Bella covering these international editions, particularly Vogue Arabia, isn’t coming without controversy — many are complaining an Arabic model should have been used rather than Hadid, who is American and of Palestinian and Dutch descent and identifies as Muslim. (Note: Gigi faced similar backlash when she graced the cover of the same publication’s inaugural issue in March.)

“…for this monumentally important and defining September issue, Vogue Arabia has decided to put yet another Hadid on the cover — it’s like their half Palestinian heritage and American supermodel status makes them the only worthy Arab models,” commented one user on Instagram.

“Bella is amazing but come on.. This has become so predictable now,” wrote another.

And honestly, we couldn’t agree more… at least with the latter comment. Putting Bella (or even ‘Instamodels’) on the covers of magazines and in ad campaigns has become extremely predictable, and frankly, almost boring. How many times have we seen Bella, Gigi and even Kendall Jenner on the covers of Vogue (not to mention the numerous editorials they are featured in inside the magazine). Even Vogue‘s (not-so-groundbreaking) diversity issue in February featured KenGi on the covers, alongside other “diverse” models. We understand the concept of being an “in-demand” model — Kate Moss, Cindy Crawford and Lauren Hutton have amassed an impressive amount of covers themselves), but at this point, it’s almost getting ridiculous.

And sure, putting American models on international covers is nothing new, but it would be nice to put more international models in the spotlight (in Vogue Arabia‘s defense, though, they have been pretty good at casting a diverse array of cover stars, including Iman Hamaam, Pooja Mor and Jourdan Dunn).

So perhaps the overuse of American supermodels really comes down to a diversity issue. But who knows.

All we can say is this: Bella, you’re doing amazing, sweetie, and this is nothing against you. We’d just like to see some other models get a chance, too.