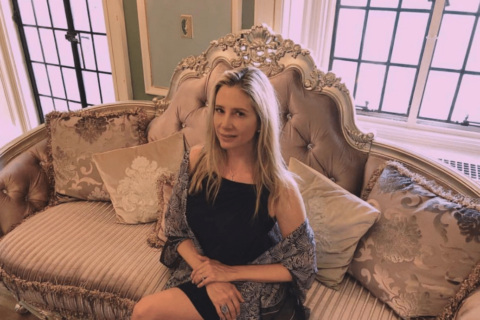 On a balmy evening last week, the Glass Pavilion at Toronto’s Casa Loma played host to an impressive and intriguing mix of women. Under ornate chandeliers, hundreds of elegantly dressed women mingled with each other, earnestly discussing their work in various fields before Academy Award-winning actress Mira Sorvino and renowned scientist Dr Ruth Scherz-Shouval took the stage as the invited speakers of the Weizmann Institute’s Wonderful Women event. The goal of the annual fundraiser is to encourage female participation and representation in male-dominated STEM industries where women are rarely granted equal access to resources, technology, or opportunity, and needless to say the energy in the room that night was electrifying and empowering.

After listening to Dr. Scherz-Shouval discuss her cancer research investigating the environments that tumour cells grow in, and the potential therapeutic applications of that research, Sorvino was full of praise, saying, “What an inspiring night and what powerful news we’re receiving thanks to the Weizmann Institute. I’ve lost many friends to cancer and the idea that there’s this cutting edge research that this organization is fomenting through the power of this incredible woman that we just heard from is really exciting.” Sorvino is an incredible woman herself; an Oscar-winning actress, Harvard graduate, documentary filmmaker, UN Goodwill Ambassador, and passionate voice of the groundbreaking #MeToo movement.

Hearing about promising research fomented by @WeizmannCanada support from Dr. Ruth Scherz-Shouval on targeting the micro-environment of non-mutated cells that assist cancer cells in getting what they need, and changing that equation… #wonderfulwomenweizmanncanada

Later taking the stage, Sorvino spoke about the many wonderful women that have shaped her life, including her mother, grandmother, and Sofia Loren. In fact, it was her own mother, whom Sorvino described as having “an incredible sense of social justice and service,” who inspired her to become an activist. “What I’ve been proudest of my whole life is that my mom, a very young white woman in Washington, D.C. at the time, marched with Dr. Martin Luther King. That always gives me chills to know that my mom was there that day and she was hearing Dr. King and she was with all of her brothers and sisters in solidarity not caring about skin colour.”

Sorvino’s own activism has lead her to work with the United Nations in their fight against human trafficking, and also made her one of the most prominent voices of the #MeToo movement. As one of the first women to speak out about her experience with Harvey Weinstein, Sorvino has had to grapple with a lot of revelations since then, including the fact that Weinstein interfered with her career because she rejected his advances. Sorvino explained, “I just thought, I’ve had this big early success, I had these incredible opportunities, worked with incredible directors, had incredible roles, and then for some reason my career kind of dwindled.” It was only recently that she realized the extent of the machinations behind the scenes. “Ronan Farrow asked me to speak up and at first I was terribly afraid. The morning that I woke up and saw that there was evidence that Harvey had actively derailed my career and prevented me from opportunities such as Lord of the Rings… I was blindsided because you go with the narrative that you accepted for 10 years and then to know there was a sinister hand in it, it broke me for a little while.”

As for how she took her power back? The realization that if anything in her life had gone any differently, she wouldn’t have the things that truly matter—her husband and children.

“All that I really want, I already have.”

Photography via twitter.com/mirasorvino
Get the best of FASHION in your inbox Thanks for signing up!
The latest fashion, beauty and celeb news delivered right to your email #FASHIONforall Now, check your inbox to complete your subscription
We won’t ever use your email address for anything else
Want even more FASHION? Follow us on social media.