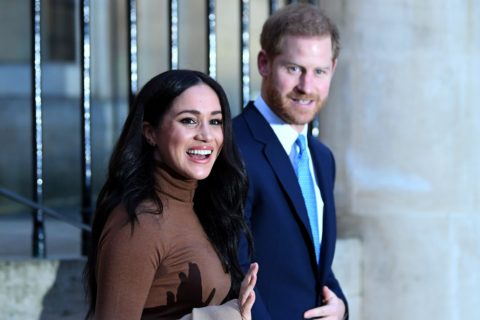 We're about to have some new neighbours.

After Prince Harry and Meghan Markle released a statement late last week announcing that they would be stepping down as senior members of the royal family, the Queen has issued an official statement confirming that the royal family is supportive of the move. After talks held at Sandringham today between the Queen, Harry, Prince William and Prince Charles, Her Majesty said in a statement that everyone is “entirely supportive” of the pair’s desire to step down from their senior roles in the monarchy.

The statement read: “Today my family had very constructive discussions on the future of my grandson and his family. My family and I are entirely supportive of Harry and Meghan’s desire to create a new life as a young family. Although we would have preferred them to remain full-time working Members of the Royal Family, we respect and understand their wish to live a more independent life as a family while remaining a valued part of my family. Harry and Meghan have made clear that they do not want to be reliant on public funds in their new lives. It has therefore been agreed that there will be a period of transition in which the Sussexes will spend time in Canada and the UK. These are complex matters for my family to resolve, and there is some more work to be done, but I have asked for final decisions to be reached in the coming days.”

The confirmation of an imminent move to Canada comes after the pair spent two months in Vancouver with their son Archie over the Christmas and New Year period. Both Meghan and Harry share a love of our country, with Meghan having called it home for seven years whilst filming Suits and Harry having visited on numerous occasions. As the Queen’s statement suggests, details of what the pair’s new life will look like are yet to be ironed out but it is expected that announcement will be made by week’s end.

Photo by DANIEL LEAL-OLIVAS - WPA Pool/Getty Images
Get the best of FASHION in your inbox Thanks for signing up!
You’ll get the latest fashion, beauty and celeb news delivered right to your email Now, check your inbox to complete your subscription
We won’t ever use your email address for anything else
Want even more FASHION? Follow us on social media.