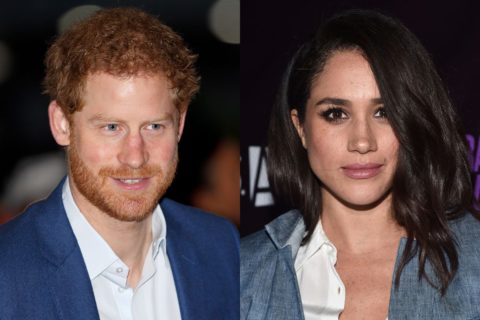 Prince Harry is finally ready to show off his secret girlfriend.

Just a few days ago we witnessed them holding hands while on a romantic date in London. Now, the couple is getting ready to make their first-ever public appearance at Pippa Middleton’s wedding in May.

A source revealed to the Daily Star: “He is close to Pippa and has been invited to her wedding and has obviously been given a plus one.”

Prince Harry and Meghan Markle have kept their relationship from the public eye for months, but they are expected to appear arm in arm when Pippa and James Matthews tie the knot this spring. Prince William and Kate will also be attending the wedding.

“Harry is adamant that he wants to take Meghan with him,” said the source.

“Harry and Meghan are madly in love and he no longer want to hide that from the world.”

Markle’s friends confirmed that the two are basically living together. The 35-year-old lives in Toronto, but has “virtually moved in” with the Prince. Because Markle hasn’t been filming back home, she has been hanging out at Harry’s cottage at Kensington Palace.

“They’ve taken things to the next level,” her friend told The Sun.

“They’re practically living together. She cooks for him, he pops out to the gym and they’re just enjoying hanging out.”

The friend even said the couple has gotten so serious that they have already spoken of marriage.

“I can see them engaged by spring. I know that sounds crazily soon, but he’s head over heels and they can’t bear to be apart.”

Only time will tell where this relationship is headed, but we’re always down for another royal wedding.