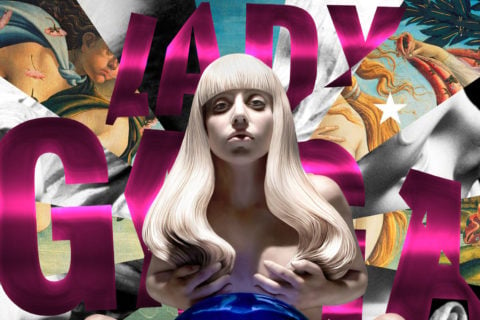 From the FASHION Archives: Lady Gaga Was Always Going to be Famous

“The people who win nobel peace prizes are not supermodels. Your legacy does not need to be a perception of beauty that’s not realistic.”

Since its launch in 1977, FASHION magazine has been giving Canadian readers in-depth reports on the industry’s most influential figures and expert takes on the worlds of fashion, beauty and style. In this series, we explore the depths of our archive to bring you some of the best fashion features we’ve ever published. This story, originally titled “Gaga” by Elio Iannacci, was initially published in FASHION’s February 2014 issue.

It’s hard to believe that it’s only been five years since Lady Gaga released her first album, The Fame. The sheer number of images, hits and sound bites the 27-year-old has ushered into popular culture is uncanny. The New York native’s wardrobe choices have inspired lookalike fans and popularized collections from such designers as Jean Paul Gaultier and Hussein Chalayan. Her first fragrance, Fame, launched in 2012, sold six million bottles during its first week. University courses have analyzed her socio-political significance. She’s the only chart-topper to have used the word “transgendered” in a Billboard number one hit (2011’s “Born This Way”), and her 40 million-plus Twitter followers and 60 million Facebook fans have witnessed her fight for equal rights for women and the LGBT community. Last year, Time Magazine’s readers named her the second most influential person of the decade (beating out U.S. President Barack Obama). Unlike so many in her line of work, Gaga’s affection for fashion is not a flirtation. Whether donning legendary labels, new technologies or message-based garments, the woman formerly known as Stefani Germanotta is a living, breathing canvas. Which is probably why Donatella Versace chose Gaga as the new face of her label. Before her upcoming world tour, Gaga sat down with features editor Elio Iannacci to talk about her latest obsessions and her current album, Artpop.

You once said you wanted to be regarded as the female Andy Warhol. Do you feel closer to that goal?
When I said that, I didn’t have a concept of where my career was headed. When I was writing Artpop, I was really looking at where we are now as a culture. I was in H&M the other day, looking around just to see the effect that Monster culture has had on street fashion. People used to say, ‘Who is this weird girl with her crazy outfits?’

How did the subsequent surge of fame affect you?
I never let anyone change who I was. I was always willing to go down with my own artistic ship. I create things that I really care about—I fight for images, for music and for the community of fans. Born This Way was all about equality and being yourself from the inside out, but now there’s a need to celebrate that. Artpop is a celebration.

You have a mandate to make a space where high and low art, fashion and music can live together. To many, this is still seen as a radical act.
This is the dilemma. I don’t believe there’s pretension in art. You don’t have to know anything about art to love it. You just have to be next to it and feel it. I want my fans to know that we don’t have to succumb to what people think a pop star should be in order to be successful.

You were accepted into The Juilliard School as a child, but your parents placed you in a private Catholic school. Had you gone through that classical training, would there be a Lady Gaga?
Probably. There’s this implication that if I wasn’t so successful I would have to stop. But I never would have stopped. I would be in some bar, being Lady Gaga.

You’ve recently taken workshops with Marina Abramović—the performance artist who has risked her life for her art. How have they changed your perceptions?
I thought that after The Fame, The Fame Monster and Born This Way, it had all worn me down. It felt like my mind and every muscle in my body had been taken by the noise and the cameras—but it hadn’t. I went into the woods with Marina [for an artistic workshop] and I realized how strong I really was. [Marina] will balance on a stick between her legs for nine hours and go numb in the name of art. For her, it’s all about creating this experience with the audience where they’re watching her suffer for her work. Once I was out there with the sound of the river and Marina’s calm, sweet voice telling me to close my eyes and find my way home, I knew I could do anything.

Let’s talk about the paintings of you hanging in the Louvre in Paris. You sat with Robert Wilson to recreate some historic works. Which were the most challenging?
I have a connection to old souls, so there was sort of a séance element where I asked artists of the past to give me permission to feel their pain. When I was doing [Jacques-Louis David’s] The Death of Marat, I lay in each position for six or seven hours. I also did my own piece, where I hung upside-down for 45 minutes in bondage. It wasn’t meant to be sexual. I believe everyone has the power to be an art hero. You don’t have to wait until you’re dead to be appreciated, [even though] this is the age when they wait until you die to write nice things about you.

At a time when you were criticized for gaining weight, you created the body revolution movement and asked fans of all body types to post photos of themselves on your site. Did seeing their bravery help your self-esteem?
My self-esteem was fine. I didn’t have a problem with my weight—the world did. The body revolution was just my way of liberating myself from that criticism. That’s what I wrote ‘Do What U Want’ about. Did it heal me? No. But I was happy to see so many fans stripping naked to show they didn’t care either. I want to remind everyone that the people who win Nobel Peace Prizes and cure diseases are not supermodels. Your legacy does not need to be a perception of beauty that’s not realistic.”

In 2009, you gave a speech at the National Equality March in Washington and called it the most important moment of your career. The rage in that speech was directed at U.S. President Barack Obama. Do you think it had an effect?
You don’t know exactly where your activism is going to land. I was just one person speaking out. I grew up with gay friends, and when I started to come out with my music, they were still there, supporting me. How could I sit down every night making money off a ticket that they’re buying for my show, knowing that they don’t have the same rights that I have? I can’t do that.

Donatella Versace once told me you are today’s quintessential role model. You’ve written a song about her on Artpop that hints at how misunderstood she is. Why do you think she’s so misjudged?
Nobody really knows anything about her. She is the most kind, loving, sweet woman. The point I am making with a song like ‘Donatella’ is that you love to love her and you love to hate her. It’s this thing we have in common. The truth is, we’re having a blast doing what we are doing, so that’s our silver lining. We don’t mind being these blonde martyred icons as long as we have our champagne and our Marlboro cigarettes whenever we’re together. I went to her house in Milan last year, and I was having a really tough time. I was exhausted on the Born This Way tour and she opened her home to me and had 50,000 white roses in the house. I don’t always have anyone to look up to, but seeing Donatella, where she is and how far she’s come, I get to have a role model.

You’ve managed to give the Fashion Police less power by showing up on the red carpet in meat dresses and giant eggs. Was this a conscious choice?
My whole life is a fucking red carpet. The red carpet has become ridiculous. All these women are starving themselves to look amazing because this is their big moment? Why shouldn’t the press adore them every day for being entertainers? I use the red carpet as a stage. I was supposed to do something at the VMAs that they didn’t let me do. I was very upset about it. I wanted to have five or six Gagas walk the carpet in all my looks from all my videos. A lot of exciting things happened at the VMAs, so it was strange that I couldn’t do that.

You’ve written three songs with the word ‘fashion’ in the title. What keeps drawing you to this contradictory, extreme, egotistical and often magical world?
It was always the thing that made me feel like I could be anything, no matter what anyone said about me. When I felt small or unimportant, my ability to sew things and invent myself like an art piece meant everything. That’s why I’ve always cared about my costumes and my show. It’s never been marketing… fashion gave me a sense of who I am.

Lady Gaga, ARTPOP (2013)
Get the best of FASHION in your inbox Thanks for signing up!
You’ll get the latest fashion, beauty and celeb news delivered right to your email Now, check your inbox to complete your subscription
We won’t ever use your email address for anything else
Want even more FASHION? Follow us on social media.