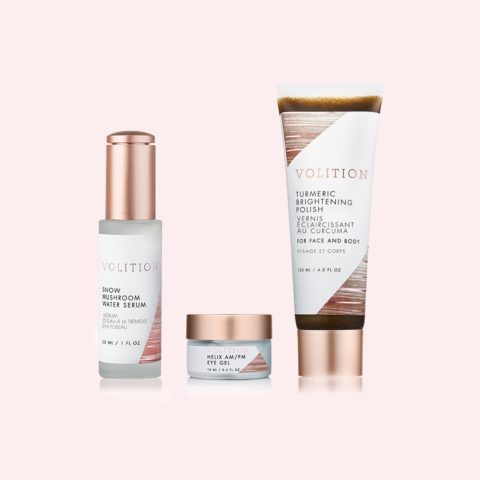 Meet Volition, The Beauty Brand That Wants You to Decide What Products They Create

After noticing the number of failed products they’d seen over their respective careers, beauty industry vets Brandy Hoffman and Patricia Santos decided to change the way they were developed. “What it boiled down to was, we believed the consumers were being brought into the process way too late,” says Hoffman. Citing the concept of consumer studies, Hoffman notes that by the time brands invite real people to participate, the products have already been made. So instead of telling people what they should want, Hoffman and Santos decided to turn that on its head. And that meant putting the power back into the consumer’s hands.

How This Crowd-Sourced Startup is Disrupting The Beauty Industry – @Forbes ⭐️

In response, they launched Volition Beauty in 2016, a brand that allows real people to call the shots by submitting ideas. Consumers—or as the brand calls them, innovators—dream up the items they want to see made. Hoffman and Santos vet the ideas for safety, feasibility and point of difference and then the remaining pitches are paired up with labs. The labs then team up with the innovators to develop a prototype, which eventually goes up for campaign on Volition’s website. Once online, anyone can vote on the products they like best and the winning campaigns earn a spot in Volition’s line-up.

With the help of our expert labs, Innovator Kim is transforming her home remedy from Thailand into a one of a kind hair treatment ? Vote for her idea to be made at bit.ly/VoteButterflyPea

Each of the innovators becomes a face for the brand and their personal stories and experiences are posted to the site. “We’re super transparent about who they are,” says Hoffman. “We highlight them on cards, videos and our website.” They also receive royalties on their product’s profits.

One such innovator is Deanna P. (former beauty editor at Cosmopolitan) whose battle with cancer in her 20s and the accompanying rounds of chemotherapy left her bald and without brows. She pitched Mission Brows, an adhesive eyebrow replacement.

Turmeric Brightening Polish was created by Anuradha K., who suggested a product that would honour her Indian roots, while also making the (often messy) process of using turmeric more manageable, such as eliminating any yellow staining. “When we folded in the labs, we found that the most potent part of the turmeric root was actually the middle, which is a creamy brown colour,” says Hoffman. “When people were doing the DIY masks, they were using tumeric that was processed for flavour (the spice) so we re-thought that.” It’s now become one of Volition’s must-loved products.

In fact, it’s one of the three bestsellers that have just made it into Sephora Canada stores—the others include a Snow Mushroom Serum (one of Hoffman’s admitted faves) and the Helix AM/PM Eye Gel. (Sephora online offers a larger range of Volition’s products.). The products are also all certified clean at the retailer, something that was important to Hoffman and Santos. “I think Canada is much farther ahead than the US [in that aspect],” says Hoffman, who is American, of the growing awareness and interest in the category. “We’re getting there but you’ve been doing it longer.”