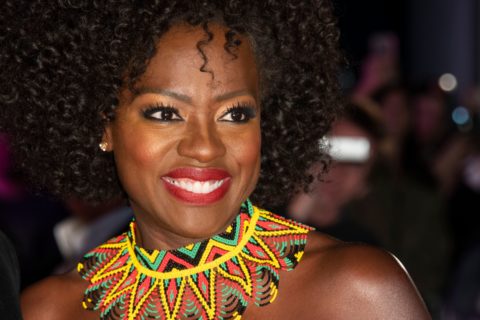 The 54-year old How To Get Away with Murder actress will join the brand as the new face of its Age Perfect line. According to a release, Davis’ appointment “builds on the brand’s mission to reflect the diversity of the modern world through spokeswomen, encouraging beauty inclusivity, self-worth and empowering people everywhere.” She joins Céline Dion, Camila Cabello, Elle Fanning, Eva Longoria, Aja Naomi King and Helen Mirren in the role.

Speaking of the appointment, Davis says it is “truly surreal” to be given the opportunity to “use my voice to help empower others,” adding, “As a young girl, I wasn’t always told that I was smart, beautiful or worthy. I worked tremendously hard to get where I am today – overcoming feelings of doubt to become a woman who truly believe I am ‘worth it’ in every way. I believe it’s so important to build confidence in women from a young age, and to role model diverse perspectives of beauty.”

Her first campaign will be released at the end of the month with the Emmy award-winning actress appearing in print, digital and TV advertising for the brand. L’Oréal Paris’ global brand president Delphine Viguier-Hovasse said of Davis, “Viola’s tenacity, authenticity and bold spirit resonate with and inspire so many people. She challenges the status quo in all aspects of life and her drive to succeed has proven itself time after time – she leads by example.”

In an interview with People, Davis (who has won an Emmy, a Tony and an Oscar) praised the ‘Because you’re worth it’ slogan of the brand saying it “always gives me chills. I think that statement is everything, It’s the sort of mantra we should tell all our little girls.”