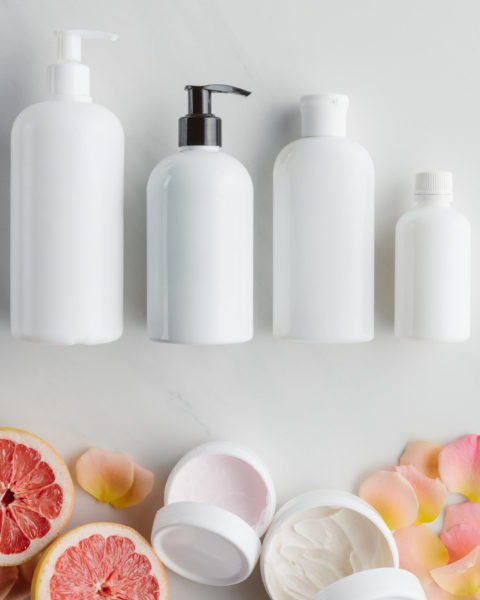 What’s the Deal With the Vegan Beauty Craze?

The demand for animal-derived ingredient free products seems to be coming from the push towards "clean beauty". But one doesn't equal the other.

It’s not just for grocery store packaging and restaurant menus anymore: “vegan” is the latest buzz word that’s taken hold of the beauty world, showing up on labels in a higher concentration than ever before. L’Oréal Professional just debuted their first-ever vegan line of shampoos. Kendall Jenner unveiled a partnership with a new a vegan line of oral care products.  And Bite Beauty just reformulated their hugely popular Agave+ line into a vegan version —to name a few recent examples. Some brands, like Kat Von D, have been vegan since their inception, but many more seem to be hopping on this particular bandwagon lately.

But why are so many companies jumping on this now? PETA has been protesting animal cruelty in the beauty world for decades, but motivation for this newer wave of demand for all things cosmetically vegan seems to be coming from the general push towards so-called “clean” or “non-toxic” beauty. “So many customers will walk into our store and say, ‘Oh, I get it, clean beauty—everything is vegan,” Annie Jackson, co-founder and COO of San Francisco-based clean beauty retailer Credo Beauty, told WWD.  “It’s funny because there is so much lack of clarity. The brands coming to the table now that are going vegan—half are well-intended vegan that really care deeply about the treatment of animals and the other half are in it for the marketing.”

Rewind five years and the thinking around vegan skincare and makeup—then largely limited to the health-food-slash-holistic niche—was that, yes, the products were morally superior, but superior in performance? Not necessarily. And more influential or prestigious? Definitely not. Yet somewhere over the millennially-motivated course of clean beauty catching on, the principle of animal product-free cosmetics won favour, with vegan beauty beginning to take on a public credence of equal quality, not just moral authority. But it’s more than that. The granola image has been shed and traded up for a certain cool, health and even activist factor. “It’s this very articulate, prevalent group of [influencers] on Instagram talking about plant-based diets and posting compelling photos of what clean eating looks like and what the results are for the hair, skin, nails and physique,” Jenni Middleton, head of beauty at trend forecasting company WGSN, told WWD. “It’s also the generation of future consumers—they are obsessed with making sure we do the right thing by the environment, and the vegan [and cruelty-free] movement is inextricably linked with the sustainability movement.”

It’s not out of nowhere: The Economist dubbed 2019 “the year of the vegan”, citing the one quarter of Americans aged 25 to 34 who now identify as vegan or vegetarian. “In America in 2015, according to one survey, 3.4% of the population were vegetarian and just 0.4% were vegan,” writes John Parker. Along with this trend, as with any in skincare and makeup—hello, weedwashing—comes the baggage of misleading labelling and jargon. “Cruelty-free” can easily be conflated with “vegan”, which can also be confused with “clean”.

Only adding to the confusion is the fact that Canada has no official guidelines on what can and cannot be labelled “vegan” or “vegetarian”, even when it comes to food. PETA does lend some help—you’ve probably seen their bunny markings on product packaging— making the distinction between cosmetics companies that don’t test on animals and vegan cosmetics companies that don’t test on animals. Still, the waters remain murky on whether “vegan” means better. Better for the humane treatment of animals? Of course. Better for the environment? Absolutely. Better for our skin or health? We have yet to be convinced.