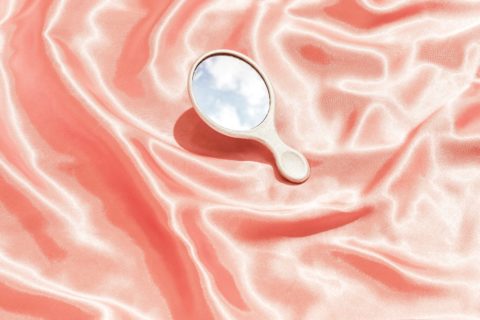 What’s the Difference Between Vanity and Self-Love?

In our current selfie-obsessed culture, where do we draw the line between self-love and vanity?

When it comes to identifying “good” and “bad” qual­ities in people, some are easily categorized (generous versus miserly, trustworthy versus deceitful), some are debatable (after all, who hasn’t been charmed by a bad boy’s antics?) and some, like vanity, exist on a sliding scale, constantly evolving with societal norms.

Once upon a time, the word “vain” simply meant empty, void or futile. In the 14th century, it morphed to mean self-involved, conceited and narcissistic. Since then, there has always been an inherent sexism to its meaning and use, says Dr. Judith Orloff, an L.A.-based psychiatrist. “Vanity isn’t taken as seriously with men; it’s swept under the rug,” she says. “Whereas with women, it’s used to make us appear selfish and like our priorities are off.”

Perhaps it’s time to redefine vanity now that we live in a culture in which selfies are monetized and self-care is a concept that has its own hashtag. Today, social media’s influence—and usefulness for more than broadcasting one’s breakfast choices—is undeniable. It has changed the way we create, communicate and present ourselves.

Only a few years ago, it would have been difficult to imagine unboxing and GRWM (“Get Ready With Me”) videos as popular forms of entertainment, yet today millions watch them. (A single one of YouTuber BeautyyBird’s recent unboxing videos has racked up almost half a million views.)

Under the existing definition of vanity, having an Instagram feed could be considered an indulgent, vain act—especially if someone spends an inordinate amount of time labouring over how to present an edited and Facetuned version of themselves.

Social media has made us very aware of—and preoccupied with—how we look in pictures, but does that make us clinically self-obsessed? “It’s a spectrum,” says Orloff. “Every­one wants to look in the mirror and like what they see. That’s natural. But vanity is an obsession with making sure you look better than everyone else.”

For those who fall on the healthier side of that spectrum, the desire to both demystify and celebrate beauty rituals explains the popularity of sites like Into the Gloss. The beauty-focused website, which was founded by Emily Weiss in 2010, provides readers with lengthy and detailed descriptions of the makeup products that celebrities use to transform into the beautiful people we (think we) know and love. Sites like Into the Gloss, Violet Grey and Coveteur have loyal followers who are drawn to content that doesn’t make them feel they have to be secretive about their supposed “vain” rituals (hours-long makeup routines, weekly manicures, expensive lash extensions).

Makeup artist Charlotte Tilbury—who once joked “I’m so vain that I never want to age and I want to look fabulous until the very end”—has a daytime look (smoky eye, nude lipstick) and a bedtime look (softer smoky eye, just a couple of coats of mascara). In fact, her husband has never seen her barefaced because she feels better with makeup on. “I believe in the power of beauty,” says Tilbury. “Makeup can change a woman’s life for the better—give her confidence, make her happy, more empowered.”

Women like Tilbury, who are confident and honest about the measures they take to maintain an attractive appearance, are often considered vain, says Hannah Johnson, beauty writer and former contributing editor for xoVain, Jane Pratt’s beauty-centred offshoot of xoJane. She says it’s a term used to make women feel guilty for participating in acts of self-care, “especially if that process requires time, effort and money.” “Women are realizing that we can craft any image we choose for ourselves,” she adds. “We can use our free time and hard-earned money to help create those personas.”

So, how about we propose a new definition:
van·ity
noun
The self-actualized desire to present yourself to the world any way you wish.

Photography by Muhammad Hardi Saputra
Get the best of FASHION in your inbox Thanks for signing up!
The latest fashion, beauty and celeb news delivered right to your email #FASHIONforall Now, check your inbox to complete your subscription
We won’t ever use your email address for anything else
Want even more FASHION? Follow us on social media.