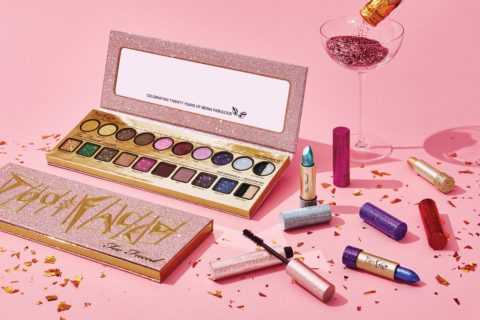 The Story Behind Too Faced, Known for Their Peach Scented Makeup, and Celebrating 20 Years in the Industry

Entering the Orange County, Calif., headquarters of Too Faced cosmetics is like arriving at the beauty version of Oz. Giant tubes of Melted, the brand’s popular liquid lipstick, greet you like beauty sentinels, and every turn reveals a new surprise: A bunny-and-bird-dotted mural at the elevator bank is a clever ode to the brand’s Natural Love eyeshadow palette (and de Gournay wallpaper); an enormous mobile of smiling peaches hangs beside a tree “sprouting” Sweet Peach palettes; and unicorn heads, flirty black lashes and Chanel-tweed-inspired carpet accent chandeliered conference rooms. The Yellow Brick Road here? A pink and black stairway painted with inspirational maxims like “Makeup is power” and “Own your pretty.”

The beauty wizard behind all this cheeky fun? Chief creative officer Jerrod Blandino, who co-founded Too Faced in 1998 with his husband, Jeremy Johnson. The duo met while working behind the counter at Estée Lauder in Saks at the South Coast Plaza mall. “Makeup was such an intimidating process in the late ’90s,” recalls Blandino. “You couldn’t break the rules, everything was brown and I just thought it should be fun.” With his unbridled enthusiasm and love of art, Blandino began melting eyeshadows, blushes and glosses from tester units in his free time, dreaming up a new face of beauty punctuated by irreverent humour and “kick-ass formulas.” “I went to a lab and told them I worked for Lauder—but I didn’t say ‘at the mall,’ so they took the meeting!” he exclaims. “And through that, I created the first-ever glitter eyeshadow and we launched our very first collection.”

Twenty years of glitter and fun later, the brand is debuting its limited-edition anniversary collection—a throwback to the first—with sparkly updated versions of the OG eyeshadows and lipsticks (plus bonus hues) and Better Than Sex Mascara wrapped in a shimmery birthday suit tube. With design details like highlighters shaped into unicorn horns and scented palettes inspired by scratch-and-sniff stickers, Blandino has an uncanny ability to translate his creative whimsy into over-the-top products that make fans feel welcomed into the wacky world of Too Faced whenever they open a compact. And fans show their appreciation by, well, breaking the Internet.

Like another famous pop culture “peach,” the Peaches and Cream collection created a frenzy, crashing the company’s website and selling out within minutes. It’s among the Instagram and YouTube makeup set that Too Faced has found particularly explosive success, earning myriad fans including star vloggers Jackie Aina and Kandee Johnson. “It makes me so excited to be in the cosmetics world—it has reinvigorated our business,” says Blandino of social media. When Aina explained that she needed to mix a number of foundation colours from the brand’s Born This Way collection to match her skin tone, Blandino even invited her to the office to help expand the shade range. “There are important nuances,” he says of getting skin tones right. “Jackie really educated me.”

But long before social media was a thing, Blandino was creating instant classics. A few brand highlights throughout the years: the first lipgloss ring for the prestige market; Lip Injection, a blood-vessel-dilating gloss inspired by a late-night Viagra commercial; the Chocolate Soleil bronzer, a light-bulb moment during a chocolate facial in Hawaii; Hangover Primer, a skin-loving formula infused with coconut water and probiotics; and, of course, Melted, sparked by a mishap on a hot day. During an errand, Blandino’s sister left her lipstick in his car. When she went to reapply it, says Blandino, “it just melted all over her lips! So we played with waxes and binders and created the first lipstick that wouldn’t solidify.” The latest incarnation, Melted Matte-tallics, launched in June. And in a come-full-circle moment, Estée Lauder recognized the talent it let get away two decades earlier and bought Too Faced for over a billion dollars in 2016. “I have resources if I want them, and I have complete creative control,” says Blandino about the sale. Lucky for us. 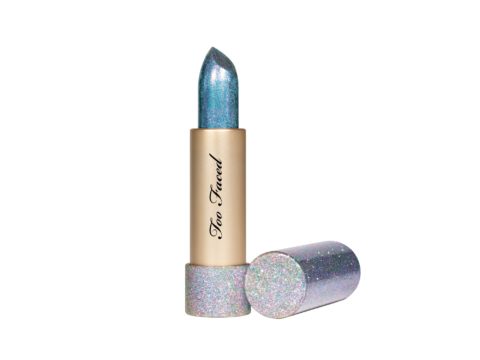 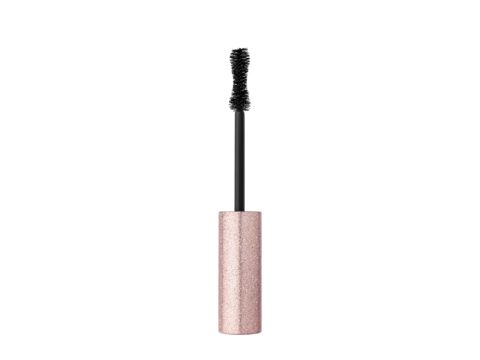 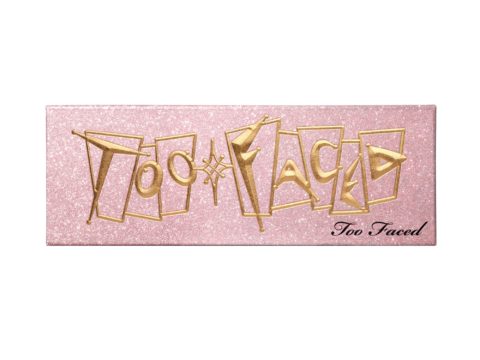 Too Faced Then & Now Eyeshadow Palette