The Spring 2015 Couture shows have come and gone, and we’ve given you a taste of our favourite, most extravagant looks from the runways, as well as a peek at the most mesmerizing ponytail we’ve seen in a while, and now we’re reliving the 5 best beauty moments from Spring 2015 Couture week—BDSM ponytail included, of course.

We loved the pretty, twisted updo at Valentino, complete with flowers woven into models’ hair for a romantic touch. This is a perfect Valentine’s Day ‘do if we’ve ever seen one. The most striking makeup of the week was easily the graphic liner Pat McGrath created at Atelier Versace. Equal parts 60s mod and Cleopatra-inspired, the daring look appeared in both black and cobalt blue (if you’re feeling more adventurous), and honestly, isn’t hard to recreate at home.

Ilja Visser balanced light and dark on the makeup front, with models donning rich red lips with green shadow so light it almost looked white, and was swept over their lids all the way up to their brow bones and including their lashes.

We saw standout hair at the Spring 2015 Couture shows at Viktor & Rolf, with sneaky fishtail braids peeking out from underneath the models’ massive straw hats, and of course, at Dior with the fetish-inspired ponytail created by Guido Palau, featuring interlocking plexiglass rings that were looped with synthetic hair extensions, and then latched onto the models’ hair, which was tied into a mini loop.

What was your favourite beauty moment from the Spring 2015 Couture shows? 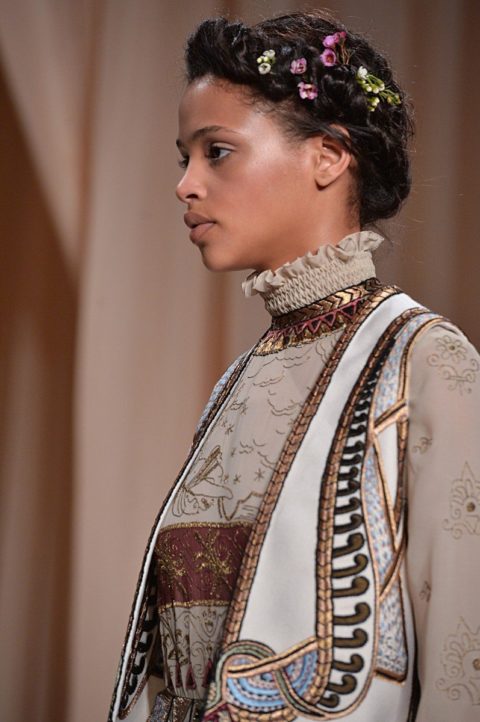 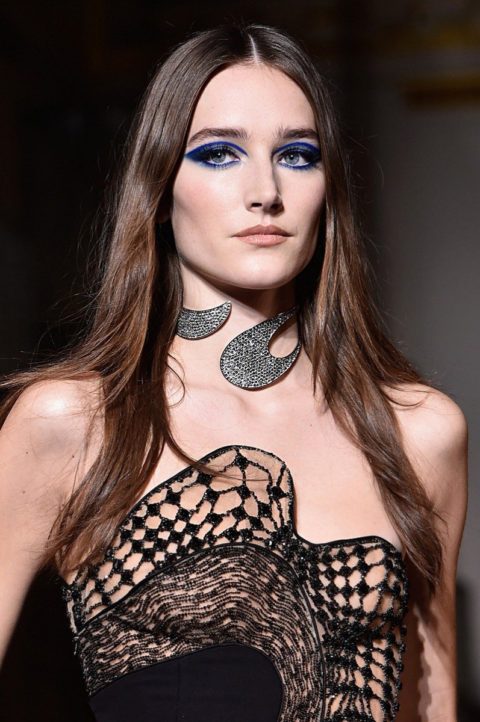 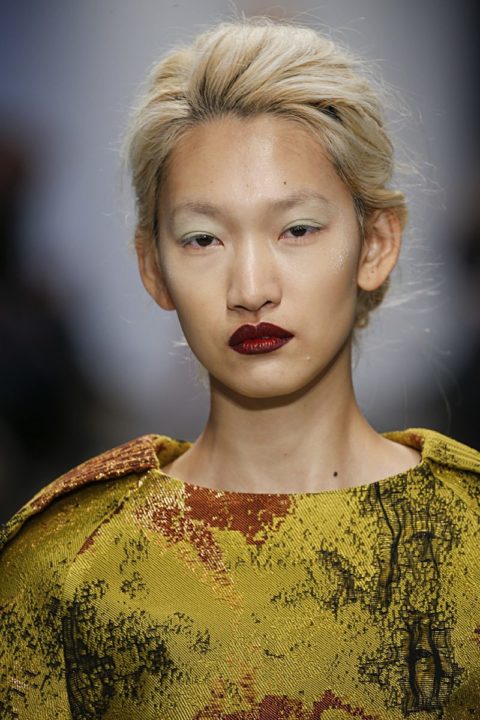 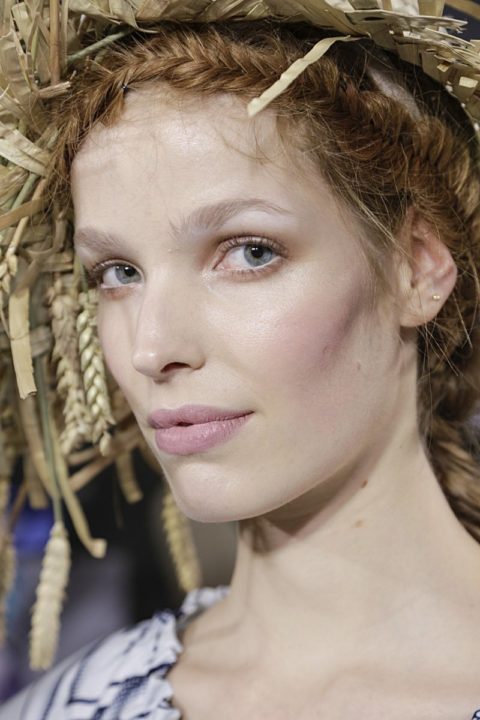 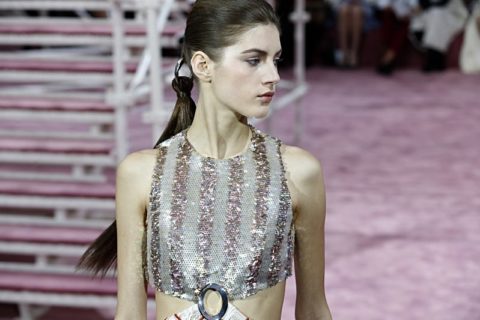 Photography by Pascal Le Segretain/Getty Images
Get the best of FASHION in your inbox Thanks for signing up!
The latest fashion, beauty and celeb news delivered right to your email #FASHIONforall Now, check your inbox to complete your subscription
We won’t ever use your email address for anything else
Want even more FASHION? Follow us on social media.