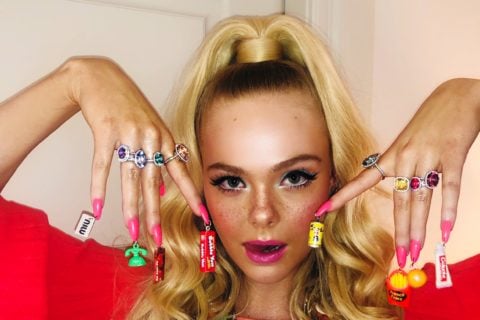 The Most Showstopping Beauty Looks from the 2019 Met Gala

From Barbie realness to Cleopatra-level drama, attendees did this year's Camp theme proud.

Rainbows! Glitter! Sequins! Latex-wrapped ponytails! Last night’s Costume Institute Gala at the Metropolitan Museum of Art was a feast for the eyes, with attendees embracing this year’s “Camp: Notes on Fashion” theme with true spirit. Dramatic entrance after dramatic entrance ushered in over-the-top hair, makeup and manicures, the likes of which this pink carpet had definitely never seen before. In the words of Susan Sontag, “indeed the essence of Camp is its love of the unnatural: of artifice and exaggeration.” 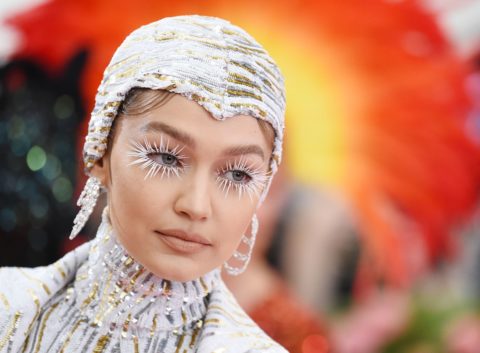 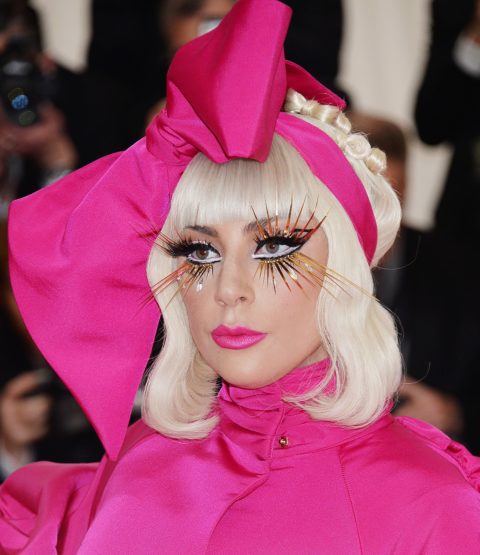 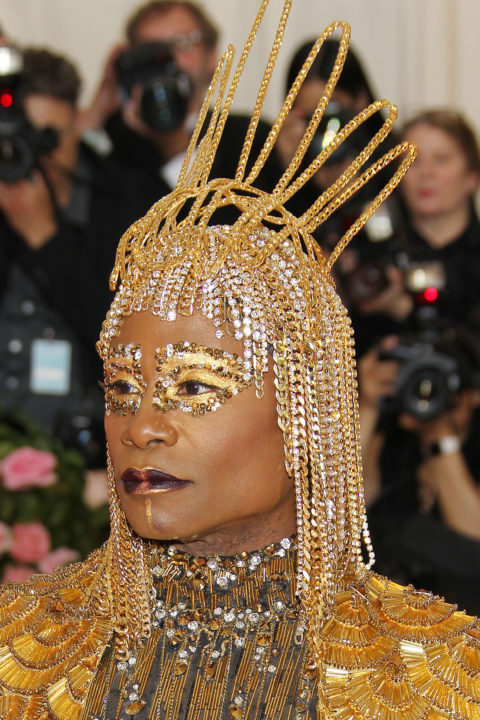 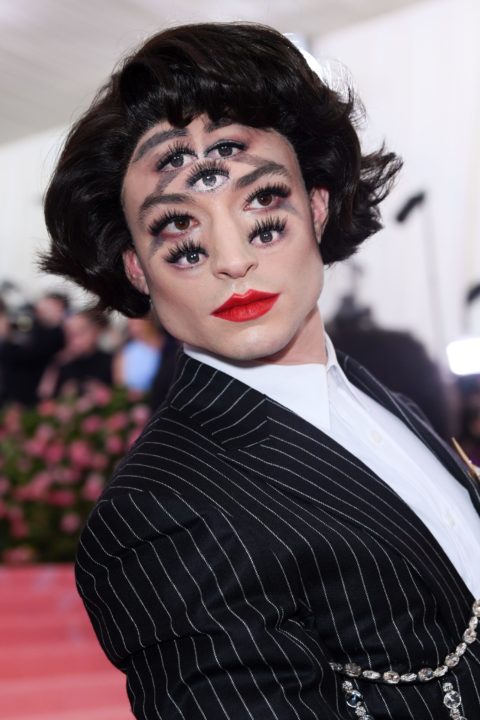 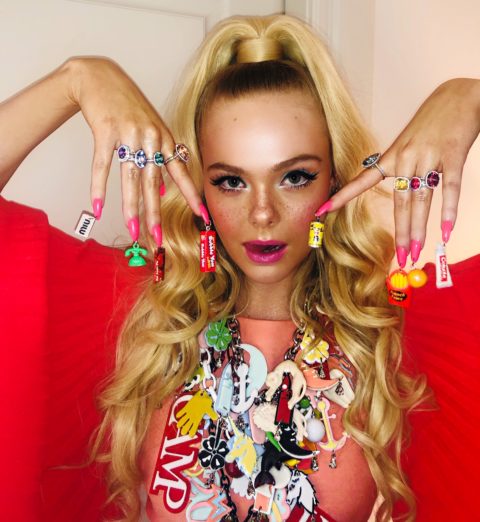 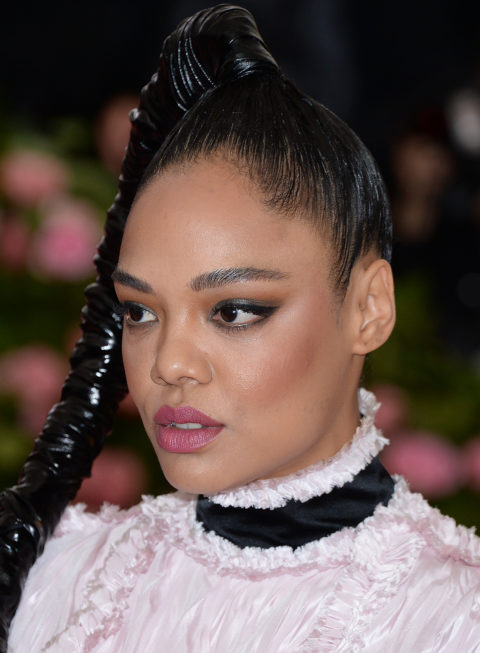 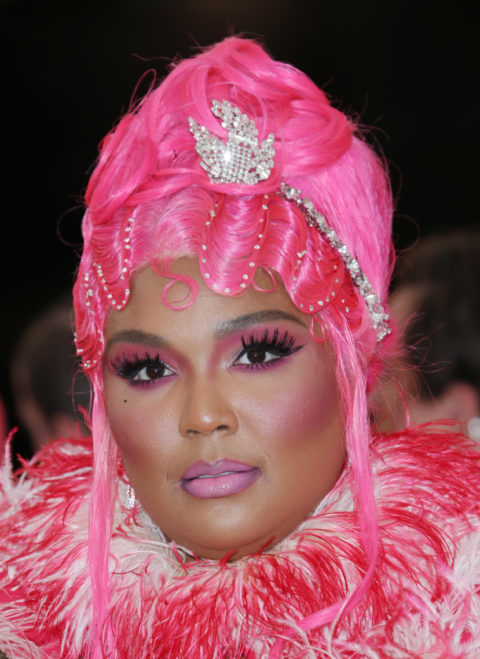 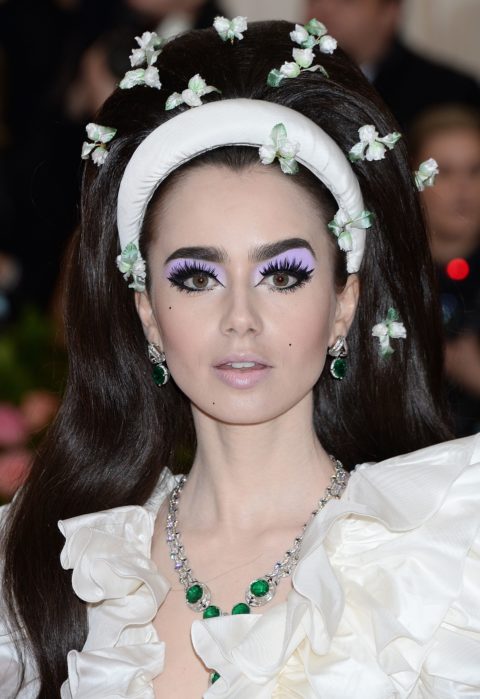 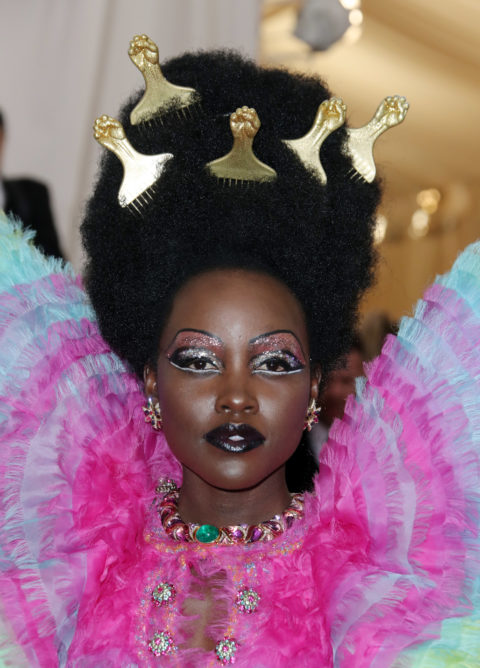 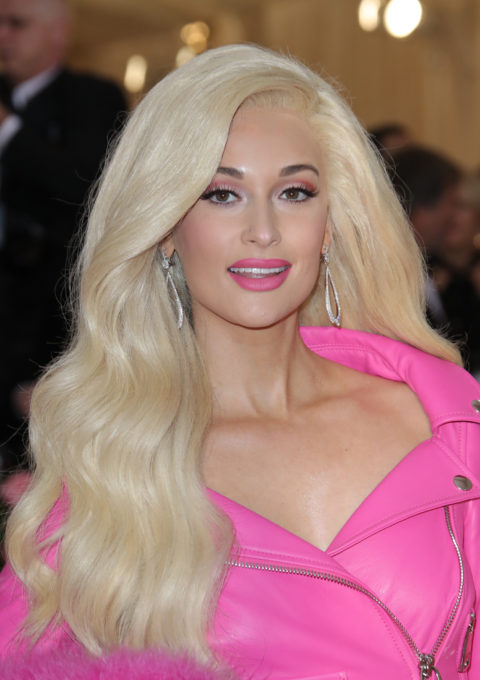 Over-the-top eyelashes were trending on last night’s pink carpet, and none were more extreme, naturally, than Lady Gaga’s. Not even an oversized hot pink bow could compete with Gaga’s flutter of metallic falsies that extended far past her cheekbones. In case that wasn’t enough drama, makeup artist Sarah Hanno also added a row teardrop-like jewels underneath the actress-slash-singer’s lash line, plus bright pink lipstick to round out the whole look.

Lada Gaga made a dramatic entrance, what with her dress-within-a-dress striptease, but Billy Porter may have even one-upped the queen of red carpet performance art herself. Carried in on a black velvet bed by a team of shirtless men, the Pose star wore a 24-karat gold headpiece, paired with metallic lipsick and gold and sequin eye shadow to match.

Fantastic Beasts‘ Ezra Miller won the eye makeup game by sheer numbers. Arriving in a white cape and handheld mask, a dramatic reveal gave way to multiple sets of lifelike eyes painted across his face, paired with bright red lipstick. The glammed-up optical illusion was nothing short of fantastical.

Elle Fanning had hands down (pun not intended) the most memorable manicure of the night. Each almond-shaped pink nail (in Essie “Strike a Rose”) was adorned with a different vintage charm, from Bubble Yum gum to burgers and fries.

What would a night of camp be without at least one ode to all things pink? Lizzo’s finger-waved hot pink wig and matching makeup did the genre proud.

With her pastel purple lid-to-brow eyeshadow, flower bud-adorned bump it and fanned out lashes, Lily Collins made her appearance on the red carpet looking like Priscilla Presley on her wedding day—and we were 100% here for it.

Last but not least, Kacey Musgraves’s ode to Barbie will surely go down in Met Gala history. With her flowing platinum waves, bubblegum pink makeup, and pink blowdryer purse, it was all about the details.