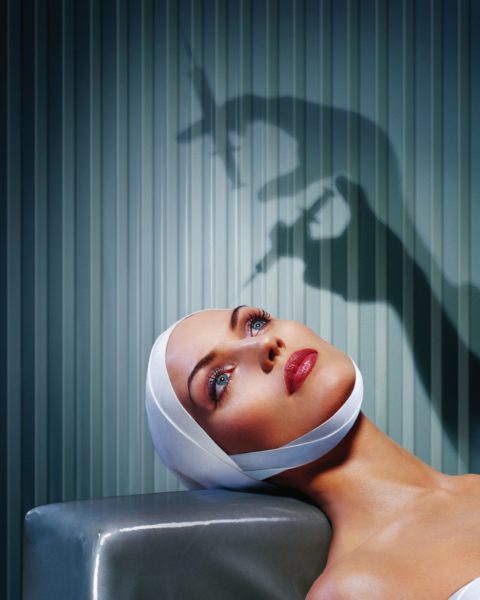 Exploring the Prejuvenation Trend: Why Women Are Getting Botox Earlier Than Ever

A few months ago, just before my 29th birthday, I noticed that my skin was starting to hold fine lines and that I always looked tired. After a long-time friend confirmed my fear that my face had changed since my early 20s, I decided to get a little “work” done. I had one doctor inject me with botulinum toxin (Botox) to freeze the muscles in my forehead and brows, while another doctor used hyaluronic acid filler to plump the sunken dark circles under my eyes. The price tag? About $1,800. It was expensive and nauseating, because I’m terrified of needles, but I loved the results. No one noticed that I couldn’t raise my eyebrows or furrow my brow, but once my fillers had settled (after about two weeks), several people told me that I looked more relaxed.

In some circles, I’m too young to start biannual trips to the plastic surgeon, especially since I haven’t developed noticeable wrinkles. I know that my obsession to look forever young isn’t healthy or even rational, and I suspect that my inner perfectionist is to blame. According to Dr. Paul Hewitt, a professor at the University of British Columbia who has studied perfectionism over the past 30 years, perfectionists are relentlessly self-critical. Over time, this can lead to depression, anorexia nervosa and even early death.

For me, being perfect means aging supernaturally well—Jane Fonda-style. It also means having a successful career and an ideal relationship. I have struggled with a flawed sense of self since grade school, when I decided that only “perfect” marks would do. Even today, I believe—and this is embarrassing to admit—that if I were more talented, more beautiful and more successful, I would be more lovable. Have I always been so hard on myself, or was it my parents’ rocky divorce when I was two that started it? I’m not sure. I just know that this insecurity makes the idea of prejuvenation appeal to me.

“Prejuvenation,” a new buzzword in the beauty world, is a cross between prevention and rejuvenation and refers to the growing trend of young women having cosmetic procedures, such as Botox and fillers, done to prevent visible aging. “There are these younger, skin-savvy patients who come into my office saying, ‘I’m not going to get older; my skin’s not going to age,’” says Dr. Julia Carroll, a Toronto dermatologist. “They don’t want anything aggressive, but they want to be ahead of it. I wish I had been that person.” Carroll prefers a less-is-more approach to ensure that her patients don’t get too much done too soon.

Toronto facial plastic surgeon Dr. Cory Torgerson has also noticed an upswing in young patients in recent years and points to Instagram as a contributing factor. “We’re continually taking photos of ourselves,” he says. Torgerson cautions his patients to avoid what he calls “the slippery slope,” which means they get one treatment done and then notice something else is amiss. “My job is to bring harmony and balance to people’s faces,” he says. Some young women, however, aren’t looking for that kind of balance. They want obvious results, like sculpted cheekbones and oversized Kylie Jenner lips. This approach, which is also on the rise among millennials, is known as “rich face.” It isn’t about anti-aging or prejuvenation; it’s about status and wealth.

According to the American Society of Plastic Surgeons, in 2015, Americans between the ages of 20 and 29 shelled out for more than 565,000 minimally invasive cosmetic procedures. In addition, there has been a 28 per cent increase in Botox treatments and a 33 per cent boost in fillers since 2010. I’ve only had one round, but I’m hooked on the results. I plan on going back for Botox two or three times a year and perhaps once a year for filler. As I get older, I’ll likely want to inject the hollows in my temples and add more structure to my cheekbones to prevent sagging. I’ll probably start laser resurfacing at some point, too, to boost collagen production and get rid of excess pigmentation.

But even as I try to hide any evidence of the fat slowly dissolving from my face, at the rate of one teaspoon per year, I feel conflicted about what I’m doing. For one, it’s expensive. If I keep this up until my 40s, I may spend upwards of $30,000. For someone with a limited disposable income, this isn’t very strategic.

Another concern is the possible long-term effects of cosmetic treatments; because the prejuvenation trend is so new, the research hasn’t yet been done. I also feel uncomfortable that my choices may encourage friends and family members to obsess over their appearances. After my touch-up, my friends wanted to know what I’d had done, what it felt like and how much it cost. So far, only one of them has had Botox, but I expect more will take the plunge, especially as prejuvenation becomes normalized for a young demographic.

My addiction to prejuvenation also troubles me on philosophical and political levels. I call myself a feminist, but am I? I wonder if my fear of aging is a reflection of my inability to deal with a patriarchal society that values beautiful women who please men. Some of the men in my life have heightened my anxiety about aging. Once, over sushi, a friend told me that he saw a picture of his girlfriend as a teenager and he couldn’t believe how much she’d aged already. We were 22. Another time, I criticized my dad for reinforcing the stereotype of the old guy dating the woman 20 years his junior, and he said he preferred to date younger women because women his age had already given up.

I shouldn’t let their comments influence me, but these sexist beliefs are an undercurrent in North American society. “When men are seen to be old, it has to do with loss of power,” says Toni M. Calasanti, a professor at Virginia Tech who has dedicated her career to studying ageism and gender. “But for women, it’s based on appearance—period. And that appearance is judged much more harshly, much sooner.”

In spite of what I’ve admitted to—my insecurities, the financial burden, the possible long-term side effects and the unsettling feeling that I’m heavily influenced by sexist and ageist notions—I now feel like a younger, prettier version of myself and have no intention of skipping my next appointment this spring. For now, at least, I’m perfectly OK with it.

Photography by Fritz Kok/Trunk Archive
Get the best of FASHION in your inbox Thanks for signing up!
The latest fashion, beauty and celeb news delivered right to your email #FASHIONforall Now, check your inbox to complete your subscription
We won’t ever use your email address for anything else
Want even more FASHION? Follow us on social media.