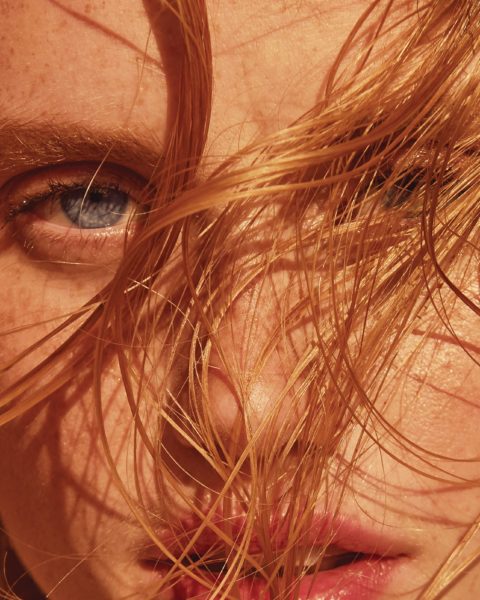 How Skincare Ingredients Are Revolutionizing the Haircare Game Right Now

Not that long ago, your shampoo-selection process probably involved little more than a simple sniff test and perhaps the bottle’s claim of increased volume or moisture. But the massive interest in, and popularity of, skincare has heightened awareness about ingredients and the benefits they offer, resulting in savvy, highly informed shoppers who are now looking for, and expecting, the same from their hair care.

“Consumers don’t care as much anymore about brand names as they do about ingredients,” explains Dina AbdulSater, brand manager for Schwarzkopf Professional. “They actively search for the ingredients they’re after and choose the highest-performing product.” With that in mind, here are three skincare-inspired hair-care trends to try the next time you’re in the shower.

Activated charcoal has left its mark on everything from cleansers to toothpaste—basic­ally anything that can help purify. The dark detoxifying ingredient is known for its ability to absorb dirt and oil on skin, making it as natural in the fight against greasy hair as it is against blackheads. “Charcoal loves to be with oil so much that when you get it close enough to the surface, it actually attracts from the surface—it’s like a dirt magnet,” says Stephanie Riley, senior scientist at Procter & Gamble, the maker of Herbal Essences. The brand recently introduced two different types of charcoal into a shampoo and conditioner; the shampoo contains black charcoal, sourced from the coconut, to remove dirt and oil, while the conditioner contains white charcoal from the Japanese birch tree.

The black substance is also being used to refresh hair via Kaia Naturals’s The Takesumi Detox Overnight Dry Shampoo. “If you want optimal results, give it some time to soak in and do its job,” says founder Mary Futher, adding that spritzing before bed gives the product’s key ingredients—rice starch and charcoal—ample time to absorb oil and kill odour, respectively. “You’ll be happier with the result when you wake up as opposed to just using it and running out the door. I really think it’s the way people should be using dry shampoo—period.”

Exfoliation can be done two ways—physically, with scrubs that contain small grains, or chem­ically, with acids or enzymes—and it’s as useful above the hairline as it is below. One of the pioneers in this category is legendary French hair colourist Christophe Robin. He developed his Cleansing Purifying Scrub With Sea Salt, launched in 2013, from his home remedy for post-colour itchiness of mixing rock salt with water. “I used it as a detox care in my salon after hair colouring and on difficult scalps,” he says, adding that he has noticed it also helps clear up dandruff and psoriasis. Robin used sea salt because of its naturally varying shapes and sizes. “It activates the microcirculation and rebalances the scalp,” he says.

As consumers catch on to the benefits of scalp exfoliation, more and more brands are adding their own scrubs to the category. R+Co took its inspiration from body exfoliation when it created Crown, a cleansing treatment with physical exfoliants (Ecuadorian ivory palm seeds and sugar) as well as salicylic acid to minimize buildup. “Our clients were complaining that they had oily scalps and a lot of dry ends, and we wanted to create something that would exfoliate the scalp without damaging the hair,” explains celebrity hairstylist and R+Co co-founder Garren. The result is an invigorated scalp that is free of buildup and primed for optimal growth. “Your hair has more energy and circulation at the scalp, which allows the hair to be stronger and helps an oily scalp or a flaky situation.”

Once a French pharmacie exclusive, micellar water is now firmly in the beauty lexicon as a gentle way to remove makeup and cleanse skin. It’s a soft water that contains micelles—molecules that attract dirt, oil and makeup. But in hair care, micellar formulas are ideal for fragile hair.

“They’re for someone who notices after a day or two of scalp buildup that she can’t get the look she wants out of her hair and it’s still dry anyway,” says Dr. Jeni Thomas, principal scientist at Pantene. To make the formula more appropriate for hair, Pantene added histidine, an amino acid with antioxidant abilities that helps prevent free-radical damage to the hair fibre. “When you have oxidized minerals within a skin cell, it has enzymes that can go and capture it and prevent it from creating free radicals,” says Thomas. “Hair doesn’t have that.” So when hair is exposed to oxidative stress, it can result in hair aging.

For its revamped BC Bonacure collection, Schwarzkopf Professional decided that every shampoo in its offerings would use micellar technology. AbdulSater says that the micelles work like a magnet, with a hydrophobic end that attracts dirt, oil and impurities from the hair and a hydrophilic end that washes them away. The result is hair that’s squeaky clean yet super-soft. “It almost feels like you don’t need a conditioner,” says AbdulSater.

Photography by FERNANDO GOMEZ/trunk archive
Get the best of FASHION in your inbox Thanks for signing up!
The latest fashion, beauty and celeb news delivered right to your email #FASHIONforall Now, check your inbox to complete your subscription
We won’t ever use your email address for anything else
Want even more FASHION? Follow us on social media.