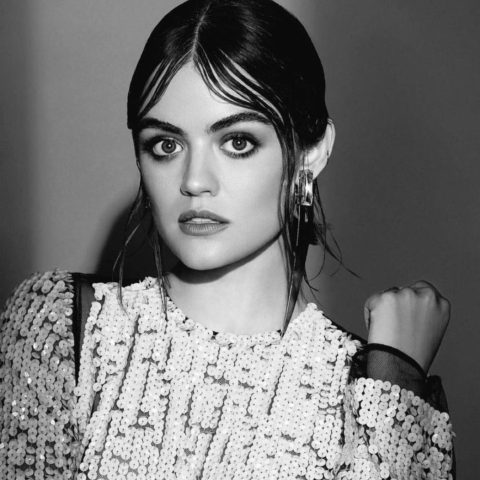 For one, those are bangs.

Earlier this week, Lucy Hale came under fire on Twitter after posting a photo of herself sporting what she described as “baby hairs.”

“The time my baby hairs came to good use at a shoot,” she captioned the black and white image where she wears a slicked-down ‘do with her bangs gelled in a style that’s typically worn by Black and Latina women.

Twitter users were quick to call out the 27-year-old Pretty Little Liars star for misuse of the term, especially since the style is so deeply associated with natural hair.

@lucyhale like baby hairs are soft hair that frames the face….Those are rooted strands that are wet. Do better babe xo

Hale deleted the tweet soon after, and issued an apology via the social media platform.

Sorry guys–I would never mean to offend anyone. Honestly, my bad. I wasn't thinking. ❤

But the cultural appropriation of baby hairs (which, for the record, are “those small wispy hairs on your hairline that are often very fine and a bit unruly,” as described by Jezebel) is nothing new. Black and Latina women sport a gelled-down style not just for a specific look, but as a way to smooth down and hold their baby hairs in place. The fashion and beauty world (and many white celebrities), however, have been known to take this style, recreate it (on mostly white models) and present it as a “new trend” — just look at Givenchy’s controversial “Victorian Chola” look for fall/winter 2015 or DKNY spring/summer 2015’s look, which Allure dubbed “slicked-down tendrils”.

The issue here is the style, when worn on Black and Latino women, has historically been viewed as “ghetto” or “hood.” But when it’s presented on a white woman, it instantly becomes “cool” or “chic. Artist Jennifer Li summed up the double standard perfectly with this image:

New piece. Black girls are punished and mocked for their originality while others co-opt it. #VogueArticles pic.twitter.com/1xRNRFyr9Z

And for some women, their baby hairs are seen as problematic, though not just for aesthetic reasons. Kim Kardashian-West revealed to her fans via her official/website app last year that she lasered off her baby hairs because they would cause her to break out.

“Every photographer would Photoshop them out anyway, and I thought I looked better without the baby hairs, but now I miss them,” she wrote.

By contrast, her younger sisters, Kendall and Kylie Jenner (who, unlike Kim, are not of Armenian descent) have both been seen sporting “baby hair” styles.

So yes, Lucy Hale did it get wrong with her tweet, but she’s not the only one to do so. But with all this spotlight on cultural appropriation (especially surrounding baby hairs), you’d think the re-purposing would stop already, no?

Photography via Twitter/lucyhale
Get the best of FASHION in your inbox Thanks for signing up!
The latest fashion, beauty and celeb news delivered right to your email #FASHIONforall Now, check your inbox to complete your subscription
We won’t ever use your email address for anything else
Want even more FASHION? Follow us on social media.