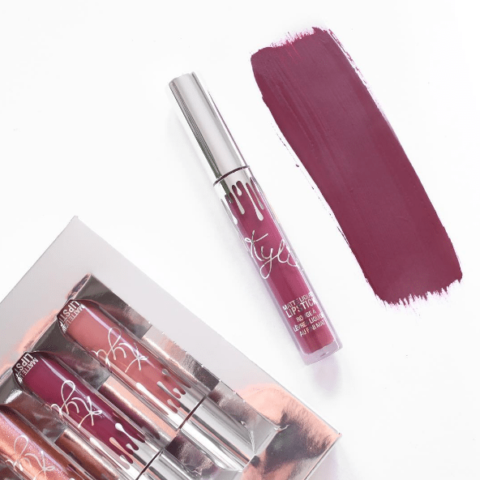 The proof is in the swatches.

Another day, another Kylie Cosmetics controversy.

After receiving flack from customers for her chemical-smelling peach eye shadow palette, Kylie Jenner is now being accused of repackaging an old lip kit and selling it as a new shade, all while jacking the price tag up.

The colour in question is Blitzen, a limited-edition shade from the 19-year-old beauty mogul’s holiday collection. However, many customers are noticing Blitzen looks strikingly similar to Spice, a colour in Kylizzle’s main collection. While Spice costs $29 with the lip liner, Blitzen was sold for $45 in a four-piece holiday set.

Kylie Cosmetics has been repackaging their general line lipsticks and making them limited edition. Example: spice and blitzen pic.twitter.com/VbVNqfahFs

As one Twitter user notes, Spice is described as a “deepened raspberry-plum,” while Blitzen was supposedly a “warmer version of spice.” However, you can see in her swatches (both wet and dry) that the two shades look virtually the same.

the description for spice is a deepened raspberry-plum, and Blitzen is apparently a warmer version of that @KylieJenner please explain HOW pic.twitter.com/NUEoqlC7SD

This is spice VS blitzen… pic.twitter.com/2H6ebB18XM

So far, Kylie hasn’t said anything regarding the similarities between Blitzen and Spice, but judging from her previous track record of addressing these controversies, we should expect to be hearing something soon.