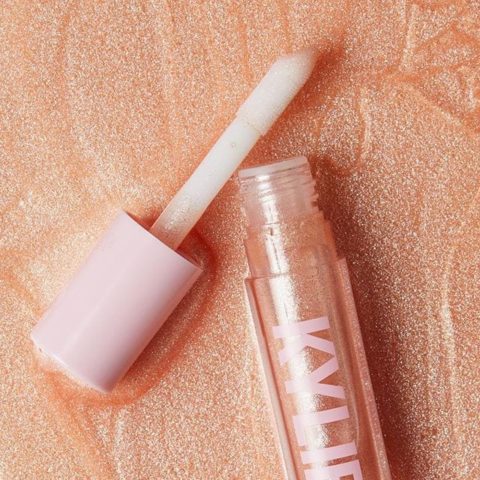 Kylie Jenner has been teasing a new makeup formula for weeks, but today it finally launches online. Aptly named High Gloss, this formula is a brand new subsection of Jenner’s existing lipgloss line and from the swatches we’ve seen so far, it looks to be the most shine-worthy yet.

Kylie Cosmetics will be releasing a total of seven shades, the majority of which are packed with glitter. From an icy white to a coppery bronze, it seems the goal here is to get a super reflective finish.

which one are you getting tomorrow? ?? #HIGHGLOSS

But if a ton of sparkle isn’t your thing, there are also a few glitter-free glosses in the mix. Jenner models one of them “Diva” below.

Individually the glosses will cost you $16 dollars each (or around $20 Canadian) making them a dollar higher than her regular gloss formulas. You can also purchase the entire collection as a set for $100.

As for the updated formula, Jenner hasn’t given much information. In terms of sparkle, she’s already got a Glitter Gloss on the market so we’ll be interested to see how the High Gloss compares. One thing that’s immediately different is the packaging. While the majority of Jenner’s regular glosses share the same packaging as her lip kits, these do not. However, they are pretty identical to the glosses Jenner released in September when she collaborated with bestie, Jordyn Woods.

Although Kylie Cosmetics has had overwhelming support from the get-go, Jenner isn’t afraid to switch up the formulas that made her brand famous and it’s clear she’s been experimenting a lot lately. Alongside the new High Glosses, she’s also been teasing an updated formula for her matte liquid lips and is set to release a brand new shade, “Kylie” in the near future. The fact that Jenner has self-titled the item makes us expect pretty big things, and we doubt she’s put any less effort into creating this new gloss formula.

All seven shades of High Gloss will drop on Kylie Cosmetics later today at 3pm PST.