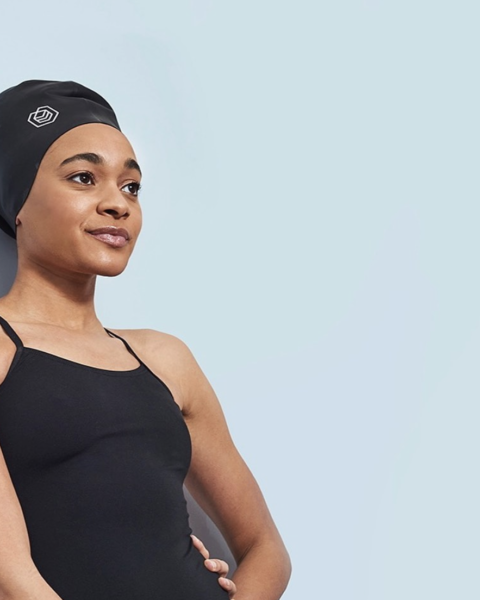 “A ban like this tells the Black community that swimming is not for them.”

The FINA committee (the Federation for International Competitions in Water Sports) is set to review an Olympics ban on swim caps specifically designed for afro-textured hair, after many called out the decision for being discriminatory, tone deaf and just blatantly racist.

When Black-owned, U.K.-based company Soul Cap put through an application for their swimming caps — which are specifically designed to protect natural, textured hair — to become certified to be worn by Olympic athletes, it was shockingly denied, in a move that the brand’s co-founders Toks Ahmed and Michael Champman are calling a “failure to acknowledge the diversity of competitive swimmers.” Toks went on to question how “we achieve participation and representation in the world of competition swimmers, if the governing body stops suitable swimwear being available to those who are underrepresented?”

Toronto-based hair stylist Glenna Sandy agrees, saying “a ban like this tells the Black community that swimming is not for them.” She admits to having the same struggles that Soul Cap founders identified and eventually propelled them to create the brand. “When I was taking adult swimming lessons, I found it difficult to find a swimming cap that covered all of my hair and I actually gave up the decision to wear one.”

Even more disturbing is the FINA committee’s reasoning for the ban, which says in part that to their “best knowledge, the athletes competing at the international events never used, neither require to use, caps of such size and configuration.” The committee even went on to say that they were unsuitable because “the caps do not follow the natural form of the head.” The implication here is that elite swimmers don’t need a swimming cap of this size because elite swimmers aren’t Black, and that the voluminous way in which Black hair grows is not “natural.” Ironically, Soul Cap’s entire brand mission is to combat these types of beliefs and to help diversify the sport of swimming.

According to Montreal-based hairstylist and salon owner Nancy Falaise, this kind of decision reinforces the notion that “Black people are outsiders in this sport and that our hair is unacceptable,” says Falaise. “I’ve had so many women come into my chair and say that they wish they could wear their natural hair but they’re unsure of how it will be perceived at work. This decision is bigger than the Olympics.” She also points out a fact that many non-Black and POC people may not recognize: many Black women don’t swim because of their hair. “If you have a fresh relaxer, the last thing you want to do is jump in a pool,” says Falaise. Also because afro-textured hair is naturally drier, a harsh chemical like chlorine on textured hair sans swim cap is only going to dry it out further, and can cause lasting damage.

The initial decision to ban the swimming cap came mere days after Alice Dearing (who has partnered with Soul Cap) became the first Black woman in Olympic history to qualify to represent Britain. It is a bleak reminder that even in the face of triumph, Black hair remains a target for discrimination and, at best, an afterthought — even on a global stage.