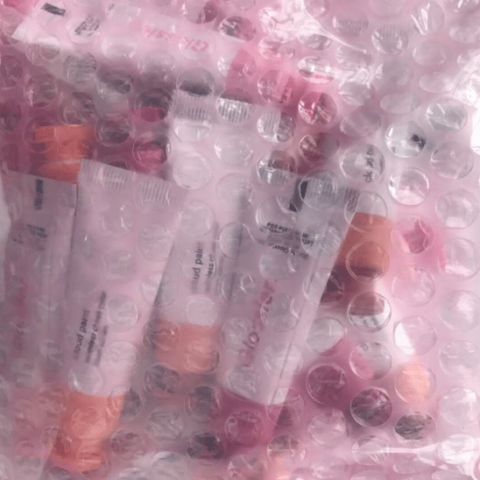 We can always count on Glossier to deliver unconventional launches. From their crowd-sourced moisturizer and cleanser, to mega-hyped (and constantly sold out) highlighter teasers on social media, the brand’s marketing strategy is certainly refreshing.

The latest release, Cloud Paint, a gel-cream blush in four shades, isn’t even out yet but it created a lot of buzz at last night’s Oscars. Emma Stone, Reese Witherspoon, Taraji P. Henson, Allison Williams,  Rashida Jones and Chrissy Teigen all wore the blush on the red carpet.

Sometimes during dress up, you still have to wait your turn to play! ✨ @glossier Cloud Paint Blushes (launching soon!) and Generation G Lip in last year's winner, #LEO and of course, a lil' bit of #CAKE. #workingwithglossier on #oscarday

Glossier CEO and Into The Gloss founder Emily Weiss told WWD that she shades were “inspired by New York sunsets.” Cloud Paint comes in four hues: Puff (a light pink), Haze, (berry), Beam (peachy coral), and Dusk, (a brownish nude).  “We have never launched two products the same way, but we always launch them thinking of our community first, and different cohorts of our community,” says Weiss.

No news yet on when Cloud Paint will be released, but Weiss revealed that it’s best applied using your fingers. As is the Glossier way.