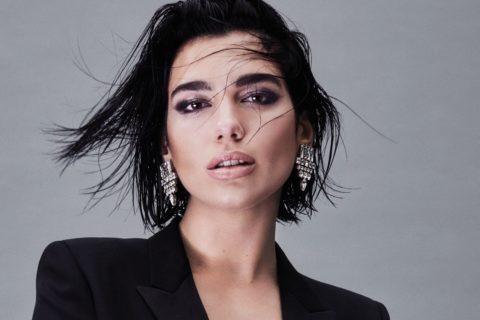 In Conversation With Dua Lipa, the New Face of YSL Libre

We met the star in New York for a quick chat.

To say Dua Lipa’s star has had a meteoric rise would be an understatement. The 24-year-old London-based singer is one of the most streamed and celebrated artists in recent memory, and this fall she added another point to her career constellation as the ambassador of Yves Saint Laurent Beauté’s new fragrance, Libre. “When I got asked to do it, I was over the moon,” she says while sitting in Manhattan’s Classic Car Club, the location of the New York Fashion Week launch party for the scent in September.

While Libre’s campaign features Lipa strutting in some of the brand’s boldest pieces, her involvement with the launch isn’t simply about being the face. She reveals that she had an early-stage sniff test with a few options for what would become Libre. “When I smelled it for the first time, it was still when everyone was figuring out what the fragrance was going to be,” she says. “I smelled four different kinds, and I smelled one and was like, ‘This is my favourite!’ [It] ended up being the final scent. I’m super-grateful to the team for making me feel like a core part of the decision making. I really feel like we did this together. It’s super-exciting, and I’m so proud of it.”

Being linked to such an iconic brand is a heady opportunity for Lipa; it not only cements her status as one of pop music’s biggest success stories this decade but also perfectly aligns with her passion for self-expression and empowerment. “Yves Saint Laurent really made that big step in fashion to allow women to wear whatever they want and not feel like they have to be boxed in,” says Lipa when asked what resonates with her about Libre and its message of harnessing one’s loud, proud freedom.

“Yves Saint Laurent really made that big step in fashion to allow women to wear whatever they want and not feel like they have to be boxed in.”

It’s no surprise that Lipa, who has an effervescent social media and stage presence, values this notion of authentic energy. Whether she’s wearing a floor-length gown or a skin-tight bodysuit and denim cut-offs, she always looks like she’s in control of her own image and comfortable in her own skin. “I always throw on whatever feels good and makes me feel confident,” she says about the pressure—especially in today’s image-heavy cultural landscape—to look “done” when she’s out and about. “Before, I was like, ‘Oh, my God, I have to wear makeup because if I stop and take pictures….’ But I’ve kind of laid back on that and just accept not wearing makeup. I need to be able to do that…. Sometimes you feel like you have to be superhuman.”

This idea of superhuman stardom naturally leads to a conversation about self-care. It’s hard to imagine someone with a schedule like Lipa’s being able to kick back and chill as often as the rest of us. When she does have an opportunity to take a break, Lipa says that spending time with friends and family is a preferred rejuvenation practice. “I could just sit around a table and catch up, order some food or cook some food, listen to music,” she says when asked about what makes her feel at peace given her hectic globe-trotting lifestyle. (For the record, she’d make seafood paella. “It’s the one thing I really know how to make, and it’s a crowd-pleaser,” she laughs.) “That’s what grounds me and makes me feel like I’m recharging and the most grounded. It helps me get back on my feet. No matter how tired I am, [I’ll] feel like I’m ready to go again.”

Being at home in London doesn’t just provide Lipa with a sense of comfort, though. It’s also where she developed her unique sense of style. “I’ve always been influenced so much by living [there]—walking around the streets and seeing people,” she says. The “punk rock” grittiness of Camden, the London borough where she grew up, ignited Lipa’s taste for the eclectic, and she notes that Chloë Sevigny’s quirky, individualistic style was highly potent as well. “She’s my queen,” says Lipa. “She’s still killing it, but her style in the ’90s was something that I reference a lot. It was youthful and careless. She was so authentic and so herself. It was more her attitude than what she wore.”

This kind of insouciant approach to dressing makes Lipa’s face light up just thinking about it, and it clearly connects with her collaboration with Yves Saint Laurent, a house devoted to promoting a do-as-you-please attitude. And having someone like Lipa, who’s in the spotlight, as an advocate for the celebration of individuality is a boon. “Everyone’s really embracing their own style and their own weirdness,” she says about today’s fashion landscape. “Everything’s really celebrated, and that is what’s so beautiful.”