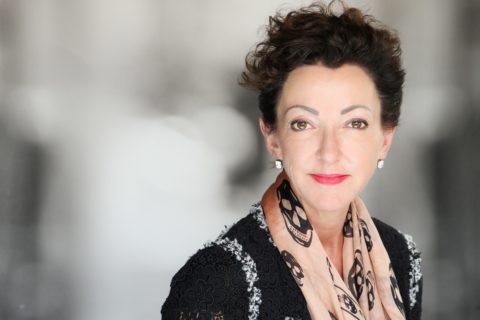 Professional skincare brand Dermalogica, founded by Jane Wurwand, has such a loyal following that in 2011 she was accused of leading a cult or being a scientologist. (Yes, really. And no, she’s not.) During a lunch of pizza and kale salad in the middle of a California heat wave, Wurwand tells the story of her 35-year-long career that began when she moved from the UK. “I came to the U.S. to pursue the American dream, although I didn’t quite know that that meant.” A licensed skin therapist, she began working odd jobs at salons and spas, where she noticed everyone at the front desks answering phones was American, but everyone performing treatments was European. She was told it was because training in the United States for spa treatments wasn’t up to par. “I thought to myself, the opportunity is in education.”

So Wurwand and her husband, Raymond, founded the International Dermal Institute in 1983, where they taught students to perform skin treatments, waxes, aromatherapy and reflexology. Above all else, she set out to empower women. “98% of skin therapists are women,” says Wurwand. “64% of salons are owned by women, as opposed to 30% in any other industry” she says, calling the business “an economic powerhouse” for women. On the heels of the institute’s success, Wurwand launched Dermalogica in 1986, after noticing a lack of prestige American skincare brands in salons. “Back then, there was no internet or pop-ups or boutiques,” she says. “American brands were either in department stores or drug stores or were in direct selling, like Mary Kay or Avon.”

Next up is Sound Sleep Cocoon, a gel-cream nighttime moisturizer that features motion-activated lavender oil that’s released as you toss and turn throughout the night, aiding in sleep quality thanks to lavender relaxing properties. The gel also includes tamarind seed extract, which cushions the skin and acts as the “cocoon,” creating a barrier that allows skin to retain water and moisture, Persian Silk Tree extract, to reduce signs of fatigue the next morning, and Kakadu plum extract, a potent source of vitamin C.

Photography courtesy of Dermalogica
Get the best of FASHION in your inbox Thanks for signing up!
The latest fashion, beauty and celeb news delivered right to your email #FASHIONforall Now, check your inbox to complete your subscription
We won’t ever use your email address for anything else
Want even more FASHION? Follow us on social media.