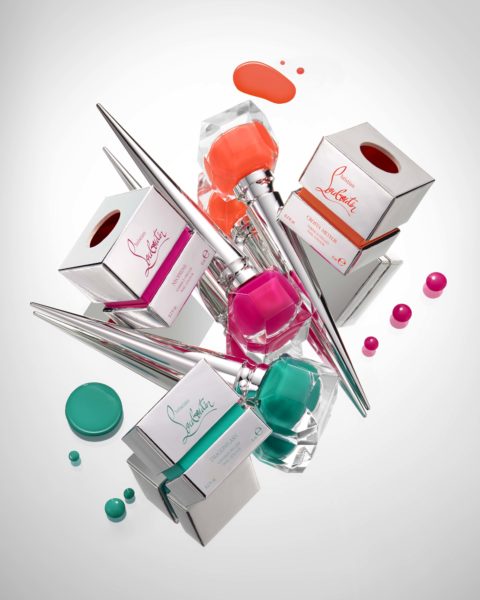 French shoe designer Christian Louboutin has always loved cabaret; growing up in Paris, he would sneak into the famous Folies Bergére during intermission and steal empty seats. (He later interned there, fetching coffee but dreaming up shoes for the dancers). Though he obviously went on to launch his own globally known shoe line, he never lost his love for the form of entertainment and in 2012, was a ‘guest creator’ at Crazy Horse, known for their topless, classically trained dancers. Louboutin directed a show called Feu, four original dance tableaux and in one particular act, “Voodoo”, invisible hands leave behind neon hand prints on the dancers’ bodies.

Three of these fluorescent shades (hot pink, peacock green and electric orange) are now part of a limited edition Loubiflash nail collection, launching tomorrow. Sold as miniatures, each bottle still features the slender and weighted calligraphy-inspired cap that the regular size bottles have and ring in at $40 each as opposed to the usual $65. It’s also a way to add a flash of colour that won’t be seen as NSFW.