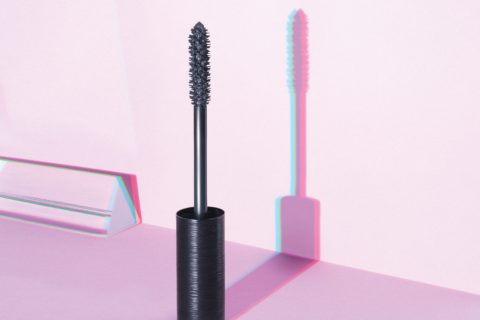 Market research predicts that mascara sales will drop from 4 per cent to 2 per cent in the next three years.

In the age of crowdsourcing and incredible technological advancements, beauty brands are able to learn exactly what consumers want and quickly get to work. But one category that hasn’t seen much change in recent years is mascara. It has long been a makeup kit staple, but now, due to the popularity of lash extensions and falsies, the mascara biz is taking a hit. Market research firm Euromonitor International predicts that sales will drop from 4 per cent to 2 per cent in the next three years. That said, mascara still brought in $8.1 billion in 2017.

Chanel is aiming to shake up the category with Le Volume Révolution de Chanel, the first mascara brush printed on a 3-D printer. It’s also the first daily-use object to be printed in such a way on an industrial scale, which is done with six machines producing 50,000 brushes a day, or one million a month. The brand began looking into the technology in 2001, and by 2007, it had registered patents for 3-D-printed cosmetics products.

“Three-dimensional printing allows us to expand the field of possibilities with brush shapes,” says Armelle Souraud, international scientific communications director for Chanel. The design was tweaked 100 times while in development, resulting in a wand that she calls “unpreced­ented.” It has features that can’t be attained through the traditional manufacturing process, such as micro-cavities (which absorb the mascara before depositing exactly the right amount), a granular texture on the surface of the brush (which enhances lash adherence) and a millimetre scale arrangement of the bristles for uniform product distribution.

And the mascara’s formula is tailor-made for the unique brush shape. “The ultra-pure pigments infuse the texture with an absolute deep black,” explains Souraud, “and the polymer film keeps this blend in place until the mascara is removed.”