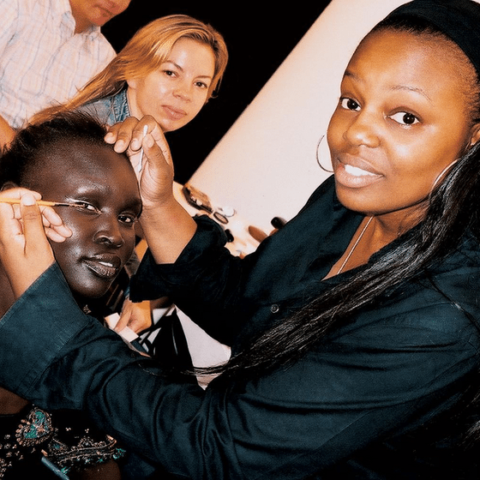 British Vogue editor in chief Edward Enninful is continuing on with changes to the masthead and his newest announcement is a bit a of a head-scratcher. Pat McGrath, known as “Mother” in her industry circle, as well as one of Enninful’s BFFs (their history goes back to his days at i-D) has been named beauty editor-at-large, while Sam McKnight, Charlotte Tilbury, Val Garland and Guido Palau have been called upon as contributing beauty editors. Since no info has been released about what exactly their roles entail, for now we’ll have to assume they are what you expect from titles of that nature.

Sooo, where to begin? Well, does Enninful know what a beauty editor does? I’m guessing not really since he just made the world’s most influential makeup artist one (at large), when she isn’t a writer. (Perhaps she’ll conceive beauty shoots?) Same for the other four. All five of them are revered experts in their field, and therefore, the kind of people beauty editors interview. What qualifies them to be editors themselves?

The other issue is that McGrath, McKnight and Tilbury all have their own product lines (Palau works for Redken, Garland is with L’Oreal Paris) so again, this raises a conflict of issue since your role as an editor is to cover the industry and market as a whole. Unless we should just assume they’ll put their brand allegiances aside?

Lastly, does Enninful just want to give all his pals titles on the masthead? It feels like he’s “playing magazine,” which maybe is what’s to be expected when you hire a stylist to be an EIC. I suspect we’re going to see mostly visuals and a lot less words in British Vogue‘s future.