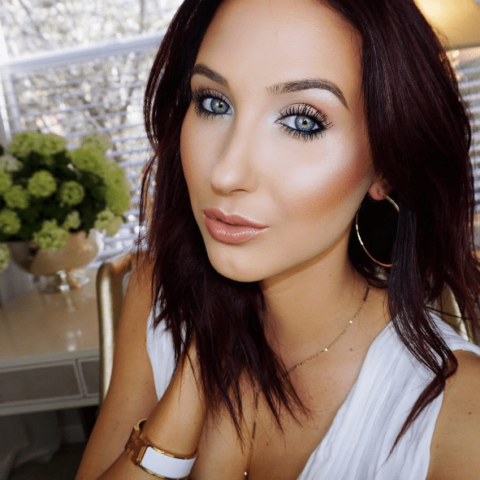 Jaclyn Hill and Becca Cosmetics’ Champagne Pop Shimmering Skin Perfector is probably one of the most successful beauty collaborations ever. Twenty-five thousand units of the product were sold within the first 20 minutes of its initial launch on sephora.com, and it continues to be a fave highlighter of beauty junkies everywhere.

However, it seems as though there may be trouble in paradise between the 26-year-old beauty vlogger and the Australian cosmetics brand, and it’s all because of one Instagram post.

Last week, @trendmoo1, an Instagram account largely known for unofficially leaking beauty launches, alluded to a standalone Prosecco Pop highlighter coming out in March. The shade, which is a successor of Champagne Pop, was originally introduced and sold in a limited-edition “Champagne Glow” palette.

?PLEASE READ?and sit down…??✨I said it before and I will say it again @beccacosmetics is #OnARoll !!!!! #ByeByeMoney ?✨ Because looks like #BECCA is bringing back! #ProseccoPop !!!! ?? This time as a single highlighter in 3 different formulas!!! 1. Shimmering Skin Perfector Pressed (powder) in Prosecco Pop $38 2. Shimmering Skin Perfector Poured Creme (cream) in Prosecco Pop $38 3. Shimmering Skin Perfector Liquid in Prosecco Pop $41 These + The NEW #PrismaticAmethyst (picture in previous posts) ✨ Will be available ➡ MARCH in stores @sephora *we will keep u updated with more info soon YASSSSSSSSS ???? Love that shade! Totally agree it should be part of their line! #BringItOn #BeccaCosmetics #SLAY My Cheek Bones ?✨? who is as excited as much as I am ?!?! XO #Trendmood #beccacosmetics #sephora #makeupjunkie #makeuplover #instamakeup #makeupblogger #bblogger #beauty #beautiful #highlighter #makeupobsessed #makeupaddict #instabeauty THANK U to our AMAZING makeup community for all the updates ??

Shortly after the post went up, Jaclyn commented, “Wow! This is news to me. Is this for real??? @beccacosmetics.” When one user asked the makeup guru if she was serious, Hill responded, “I’m literally in shock right now. I had absolutely NO idea.”

YouTuber John Kuckian took to his channel to share his thoughts on the whole ordeal, immediately stating that while the credibility of the Instagram or the launch can’t be confirmed, the whole thing does seem “shady” and “suspicious” should it be true. He also noted that Jaclyn was noticeably absent at a recent influencer-filled party held by Becca in New York, which just adds to the tension.

Whisperings of strained relations between Jaclyn and Becca previously occurred when it was announced the highly-anticipated BECCA x Jaclyn Hill Champagne Collection eyeshadow palette would no longer be released. According to both the vlogger and the cosmetics brand, the eyeshadows “didn’t hit the mark,” as it received negative feedback for being dry, patchy and unblendable by subscribers who received the palette before the official launch.

It’s a somber day at BECCA Headquarters. Our hearts are broken that we disappointed with the Limited Edition Eye Palette. We know this palette didn’t hit the mark. We apologize to our fans, to Jaclyn’s fans, and to @JaclynHill, whom we love and respect so much. We are honored by Jaclyn’s partnership. We remain committed to the highest standards of excellence and we are very sorry in this case that we’ve let you down. We heard your feedback. We always want to hear your feedback, whether it’s good or bad. You – our BECCA beauties – are our guiding light.

Jaclyn also recently announced she would be collaborating with another beauty brand (Morphe Brushes) on a separate eyeshadow palette.

So are things really rocky between Becca and Jaclyn Hill? No one knows for sure, yet, but it most definitely seems plausible. Stay tuned!

Photography via Instagram/jaclynhill
Trends, beauty secrets, culture & more
Yours for only $1 an issue
Subscribe now!