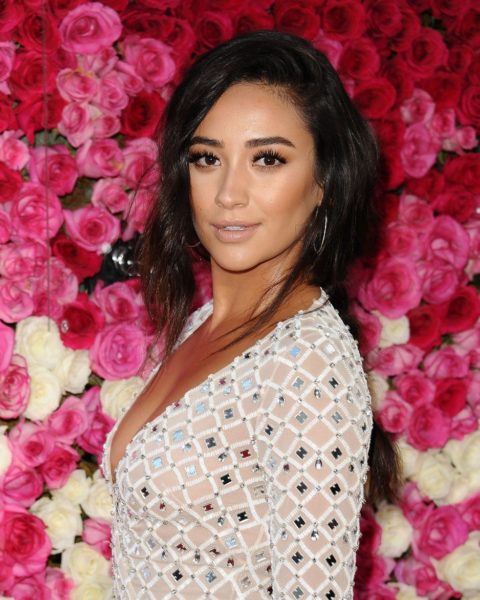 Shay Mitchell Talks Mother’s Day, Sophie Trudeau and How to Deal with Haters

Now in its seventh season, Pretty Little Liars is one of those shows that throws more cryptic curveballs and clues in an episode than a Sherlock Holmes film. So much of the series’ success has to do with Shay Mitchell and her co-stars, who have literally grown up on the small screen and developed their characters over the course of six years. In her career, the Canadian-born actress also went through some great changes in the past couple of years, including being part of the 2016 star-studded feature film, Mother’s Day, alongside Jennifer Aniston, Julia Roberts and Kate Hudson. To commemorate this time in her life, Mississauga-born Mitchell sat down with us to answer a few fast ones.

How are you most—and least—like your mother?
I am very independent and so is she. She was able to run the house and the family in an organized way and still manage to keep her identity as a woman. I wish I had her cooking skills! I can’t make Panzit or any of the amazing dishes she knows how to make.

What’s the most valuable advice she’s given you?
Never be too hard on myself. She also taught me never to apologize or say sorry for things that aren’t my fault, which is very hard because I feel like I’m always saying sorry for something.

Mother’s Day is so star-studded. Which star did you feel you took the most mental notes about?
Julia Roberts. I grew up watching Pretty Woman and I was in awe of how lovely and professional she was. I was surprised with how excited she was to be on set and she’s been doing this longer than I have. That’s the kind of energy I want to keep as I continue throughout my career. She wasn’t private at all and didn’t act all weird about having people come up to her.

What would you say would be the most challenging group of scenes in your career so far?
When my character, Emily, comes out to her parents and friends in Pretty Little Liars—those scenes were tough. It’s because I put the stress on myself. I didn’t want to play a stereotype or look like I was using any clichés so what I did was actually spend enough time with people who were in her situation and ask them important questions about their journey. They told me about their stories and talked about what it means to be lesbian or gay today and I think that helped me with shaping who Emily is. I still don’t know what they had to go through but I tried to find things about that process that connected to my own life.

When you look at magazines and blogs the list “worst dressed” or “who wore it best” type lists, do you worry you are on them?
Oh no. I don’t care about them at all. I think two people can wear the same type of outfit and still look really beautiful, I see it all the time. It’s hard to get furious over someone calling you out for the way you look because at the end of the day, we are talking about clothes here. There are more important things going on the world. I don’t believe in best dressed or worst dressed lists at all. I have stuff that I love that I will wear regardless of what anyone says.

You’ve said that Sophia Loren is the ultimate fashion icon. Why?
She knows how to do sexy in a way that suits me. She has curves and she knows how to use them to her advantage and she is never afraid to wear colour or be bold but never stands out in a way that seems like she’s trying too hard. It’s sexy and it’s classy… which is a hard combo to pull off!

Hardest thing about having a popular Instagram account?
The hateful comments. At first I actually looked at them but now I won’t let them have that power over me. I actually don’t care about that kind of negativity. If you care, I think it can get to you so I stopped looking. I’ll share some of my life and reach out to fans because I know what it is to be like them since I am a fan of so many stars too… but I don’t want to engage in anything hateful.

What film made you want to become an actress?
The Secret Garden. I saw it when I was really young and knew I wanted to be in the movie with the characters.

Photography by Jason LaVeris/FilmMagic
Trends, beauty secrets, culture & more
Yours for only $1 an issue
Subscribe now!