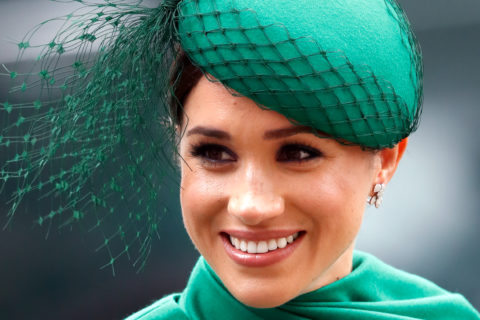 Meghan Markle’s Nickame on Suits Was So Good

And straight to the point.

Before becoming a royal, we all know that Meghan Markle appeared on Suits and lived in Toronto. What we didn’t know however, was the nickname given to her by her castmates during that time period. Until today, that is.

Royal commentator Omid Scobie appears in Vice‘s new documentary called Vice Versa: Meghan Markle Escaping The Crown and revealed that her former cast mates apparently used to call her ‘Meghan Gets Sh*t Done.” Suits‘ executive director Brian Harris confirmed the nickname, adding that it was given to the Duchess because of her work with local charities, particularly at Thanksgiving when there was an abundance of food leftover on set. “Lo and behold, the food was suddenly being loaded into vans and taken into homeless shelters, and that was where the nickname came from on set,” Scobie explained.

Last year, Toronto’s St. Felix Centre revealed on Instagram that the Duchess regularly volunteered at the shelter during her time in Toronto. It wrote, “Many people here have fond memories of Duchess Meghan volunteering with us – though we remember her just as ‘the lovely Meghan.'”

Vice’s documentary was released in the US this month. It appears that the full documentary isn’t yet available in Canada however you can watch the official trailer below:

Meghan is now residing in Canada with Prince Harry following their final appearance as working royals earlier this month. Their roles as royals officially end on March 31, when it is expected that they will reveal further details about their planned charity work moving forward. However, it remains to be seen how the current COVID-19 pandemic will affect these plans for the time being. Watch this space.