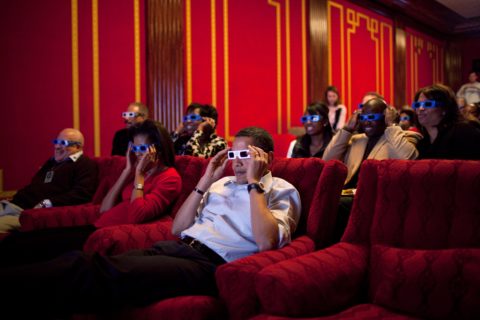 The Obamas Are Coming to Netflix

The world’s been jonesing for the Obamas from the moment they left the White House that dark day in January 2017. And now, we have them back! Well, kind of. Netflix has announced that they’ve signed a multi-year deal with the former US president and first lady, which means we can get our Barack and Michelle fix at the click of a button rather than waiting months at a time for a shot of one of them, you know, kitesurfing or something.

According to the New York Times, “a release from Netflix said the Obamas will produce “scripted series, unscripted series, docu-series, documentaries and features” that highlight issues and themes the president pursued during his eight years in office.”

AKA they have free reign to do whatever they please (as it should be). If we had to hazard a guess as to what kinds of issues the Obamas are likely to focus on, we’d say feminism, voting rights, youth involvement in political life, climate change, and racial and religious inclusivity. Given their love for music and the arts, chances are we’ll get some stellar creative programming too.

“One of the simple joys of our time in public service was getting to meet so many fascinating people from all walks of life, and to help them share their experiences with a wider audience,” Obama said in a statement. “That’s why Michelle and I are so excited to partner with Netflix — we hope to cultivate and curate the talented, inspiring, creative voices who are able to promote greater empathy and understanding between peoples, and help them share their stories with the entire world.”

Fittingly, the production company is called Higher Ground, a nod to the former first lady’s famous “when they go low, we go high” speech which, honestly, is something we could all use a little reminder of these days. The Obamas may not be at the forefront of our political landscape anymore but at least they’ll continue inspiring us, one episode at a time.

Photography via Pete Souza/White House via Getty
Get the best of FASHION in your inbox Thanks for signing up!
You’ll get the latest fashion, beauty and celeb news delivered right to your email Now, check your inbox to complete your subscription
We won’t ever use your email address for anything else
Want even more FASHION? Follow us on social media.