The 10 Most Jaw-Droppingly Beautiful Fashion Weddings of All Time

From to Amal and George Clooney’s Italian extravaganza to Kimye’s famed flower wall, we love drooling over beautiful, OTT weddings. And unsurprisingly, brides who work in the fashion industry are also pretty good at pulling them off. It doesn’t matter if the bride is a designer, editor, or model—if she’s stylish, her wedding likely follows suit. (It doesn’t hurt that there’s some serious cash involved, too)

We’re not quite sure what takes the cake when it comes to why fashion nuptials are so drool-worthy though. Is it the stylish guest list? The designer gown(s)? The curated backgrounds in the trending Instagram photos? All of the above?

Take, for instance, Giovanna Battaglia‘s recent nuptials this weekend in Capri, which spawned weekend headlines worldwide. And let’s not forget her stunning Alexander McQueen gown. How about Coco Rocha’s extravagant wedding that she recently gave us all a glimpse of on Instagram? We’re still swooning over the affair six years later!

Giovanna and Coco are certainly not the only ones in the fashion industry who know how to throw drop-dead gorgeous weddings. From designers to stylists to models, we’ve complied a list of 10 of the greatest fashion weddings of all time. 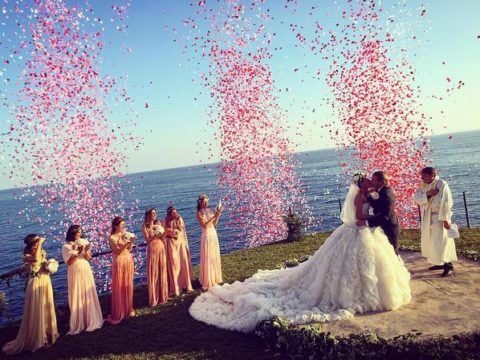 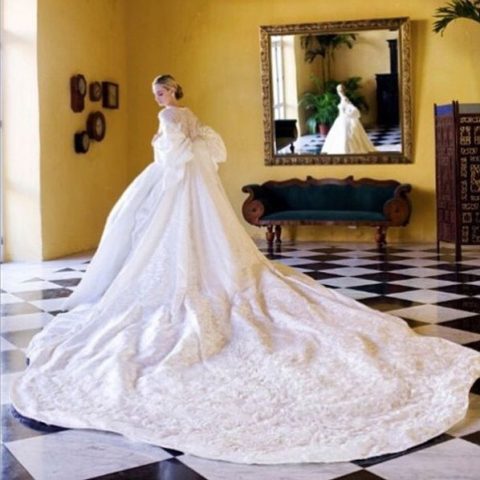 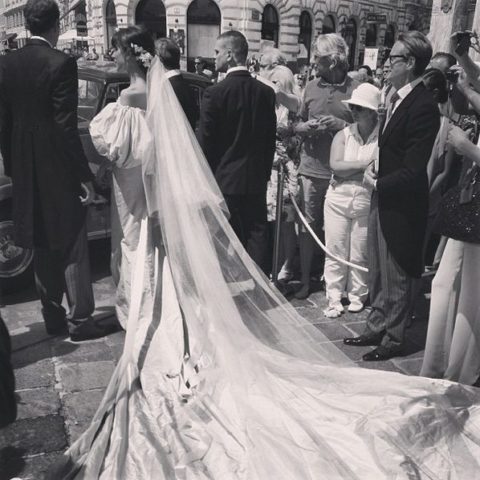 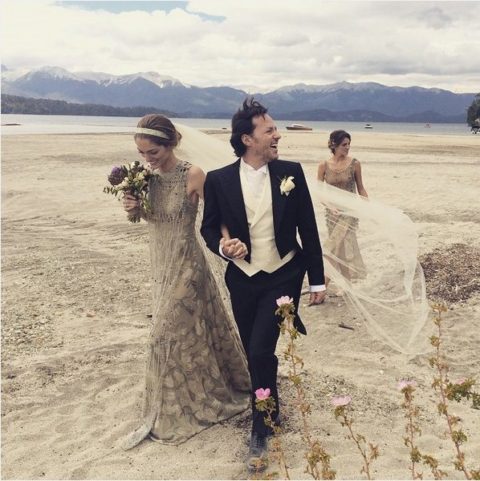 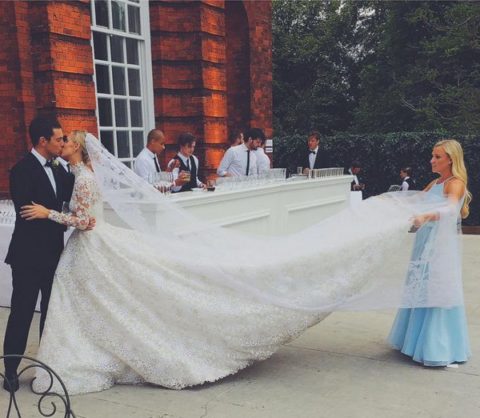 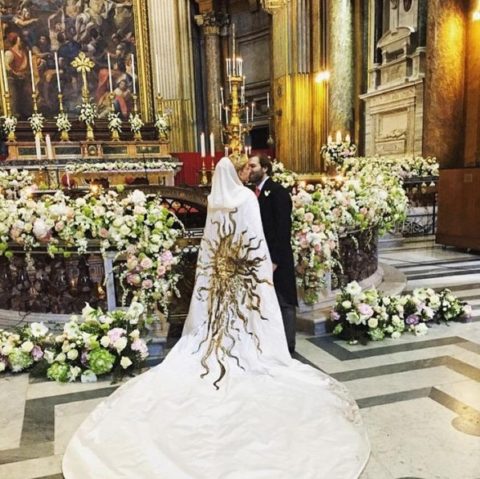 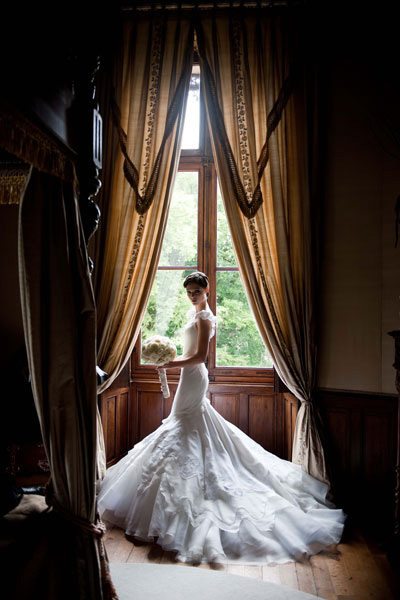 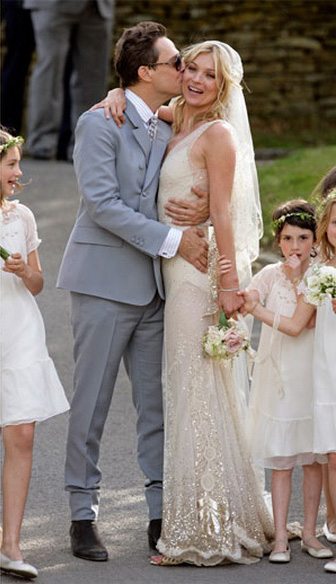 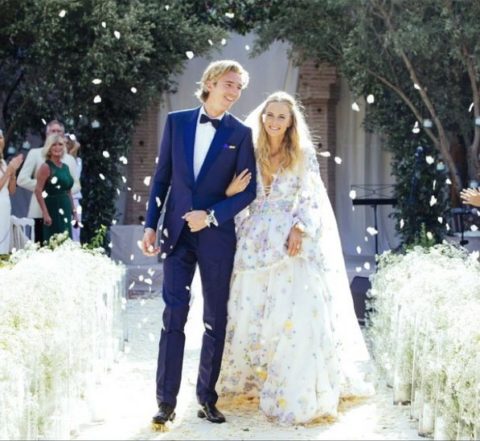 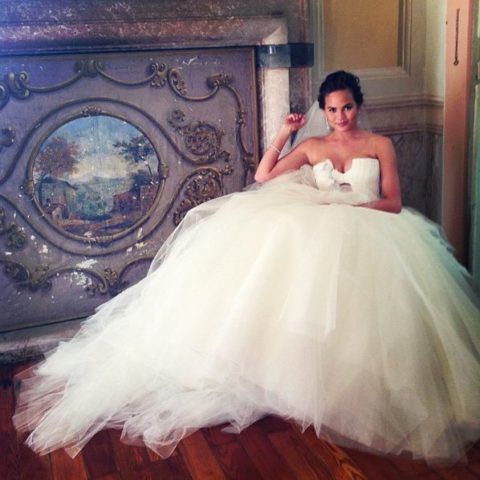 Giovanna Battaglia, Senior Fashion Editor at Vogue Japan, married Oscar Engelbert at a lavish ceremony in Capri, Italy this past weekend. She wore three designer dresses at the affair including this Alexander McQueen gown with a gloriously long train. The small coastal island was buzzing with fashion elites, such as Lauren Santo Domingo and Anna Dello Russo, who flew in for the nuptials.

Lauren Davis Santo Domingo had her own envy-worthy wedding when she wed Colombian heir Andres Santo Domingo in 2008. The fashion editor was praised by Vogue for having “the wedding of the year.” She wore a Nina Ricci dress designed by Olivier Theyskens, which is cited to have taken over 1,200 hours to complete (800 for the embroidery alone). At the party, Santo Domingo had her cake and ate it too: Her long party dress was shortened mid-celebration into a mini dress for the later hours.

Stylist Caroline Sieber’s 2013 wedding to Fritz Von Westenholz in Austria was definitely an affair to remember. Many fashionable A-listers took part in celebrating the couple’s day including Emma Watson, Christopher Kane and Pippa Middleton. We’re sure her Chanel Haute Couture dress sure took everyone’s breath away.

Sofia Sanchez Barrenechea and husband Alexandre de Betak decided to get married on a deserted beach in Patagonia. The 2015 nupitals between two art directors consisted of a three-day celebration with four very distinct dress codes. For the ceremony, Sofia wore a bejewelled Valentino Couture dress with custom shoes designed by her good friend Nicholas Kirkwood.

Heiress-turned-designer Nicky Hilton married James Rothschild in a highly talked about wedding in 2015. In fact, the event was deemed by Google as one of the most searched weddings of the year. Nicky had Valentino create her beautiful lace wedding dress.

Jewellery designer Sabine Ghanem’s wedding to Joseph Getty was a lust-worthy event in 2015. The wedding took place in a stunning Roman basilica. Schiaparelli Haute Couture and Maison Lesage paired up to create her dress, which featured a golden sun made up of 500,000 hand-embroidered sequins on the back. Before the event, guests partook in a traditional Venetian ball, complete with Medieval costumes and masks.

Poppy Delevingne couldn’t just have one wedding with her husband James Cook. Instead, the model had two ceremonies in London and Marrakesh. The former had an Instagram ban but thankfully her A-list friends were allowed to snap away at the Moroccan-inspired affair. Poppy’s first dress was custom Chanel while her second (pictured) dress was designed by Peter Dundas.

Model Chrissy Teigen tied the knot with singer John Legend back in 2013 in Lake Como, Italy. We can just imagine how romantic the wedding was. Reports say that John serenaded the bride who wore Vera Wang thrice on her wedding day!

Photography via Instagram.com/edweddings
Get the best of FASHION in your inbox Thanks for signing up!
You’ll get the latest fashion, beauty and celeb news delivered right to your email Now, check your inbox to complete your subscription
We won’t ever use your email address for anything else
Want even more FASHION? Follow us on social media.