While we were lucky enough to have David Bowie here with us, he managed to cycle through countless reinventions when it came to his music, his persona, and his style. Bowie inspired countless people in so many different ways, but especially those who saw themselves as different, as outcasts, as aliens. Bowie provided courage and comfort for those who dared to look different from everyone else, because he made looking different the cool thing to do. In fact, it was his insistence on sporting nontraditional hair and makeup—and constantly switching to new looks—that made him stand out, so that now his music is inseparable from his style statements.

From his fresh-faced, curly-haired beginning at the arrival of Space Oddity in 1969, to his iconic Ziggy Stardust and Aladdin Sane makeup looks in the ‘70s (and that orange mullet!), to his most recent look in which he embraced his age with dignity and close-cropped silver hair, David Bowie has used his chameleon-like ability to change his looks to always keep himself fresh and interesting.

And yet, he always managed to be uniquely, instantly recognizable as himself. The thin lips, high cheekbones, piercing gaze (with one pupil permanently blown out): David Bowie was, frankly, naturally beautiful. Not that that ever stopped him from painting his entire face in makeup—and that’s just one of the reasons why we loved him. He broke gender norms, fought against mainstream expectations, embraced androgyny and refused to conform. If Bowie’s legacy will be anything, surely it will be the message that he sent and will continue to send to outsiders around the world: that it’s OK—that it’s better, even—to be strange.

Now, like he once said, “turn and face the strange.” Below, click through to browse ten of David Bowie’s most iconic and transcendent beauty looks of all time. 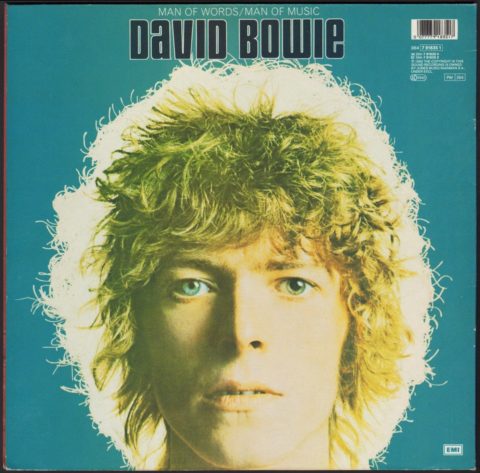 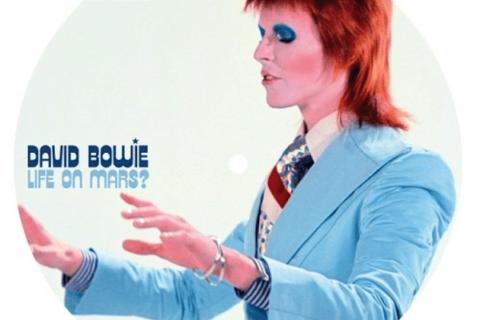 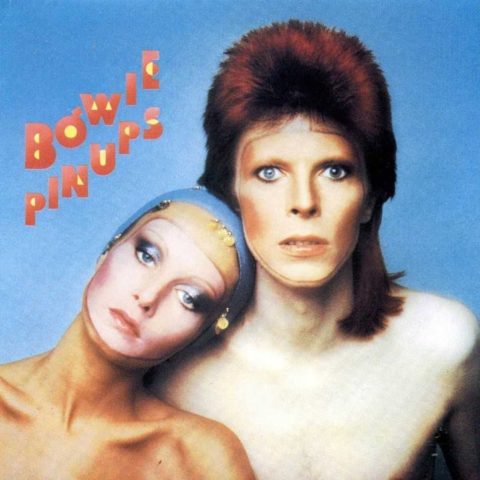 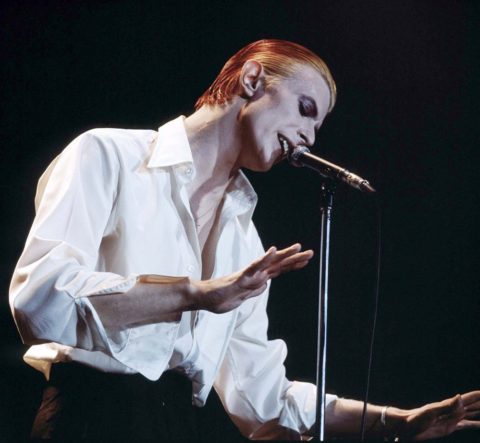 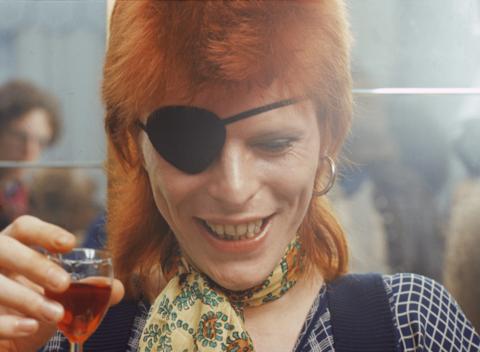 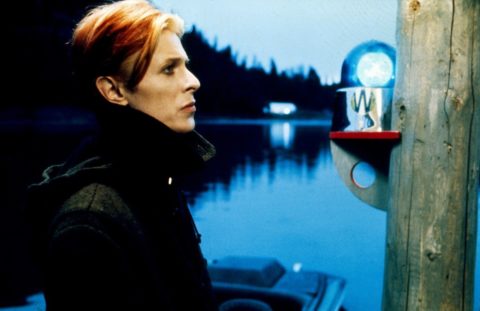 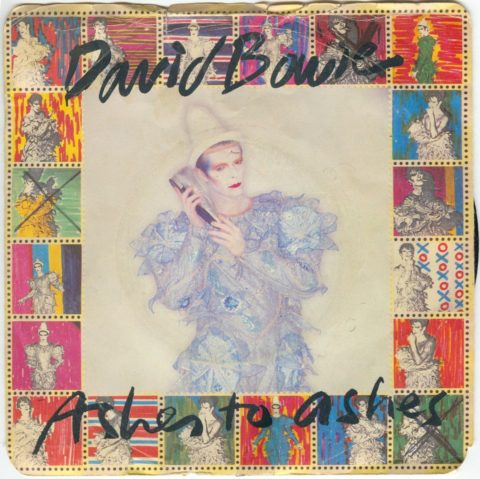 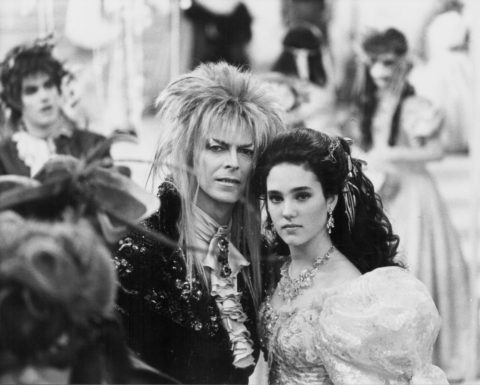 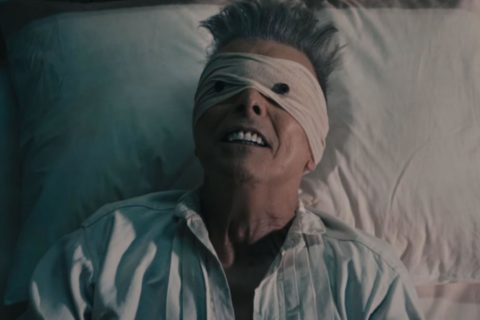 David Bowie released Space Oddity in 1969, and at the time he was sporting a head of wild curls and a makeup-free face. Many people remember Bowie’s more dramatic looks, but it’s important to remember what he evolved from.

This was things started to get weird. The “Life On Mars” video (from the album Hunky Dory) featured David Bowie with a neon orange mullet and bright blue eyeshadow–quite different from his Space Oddity look. He had clearly come into his own by this point.

Ziggy Stardust and Aladdin Sane are very similar looks of Bowie’s persona from the ‘70s, and they’re also probably his most well-known. This was when he really started to embrace odd but glam looks, as demonstrated by the giant striped bodysuit that he wore during the Aladdin Sane era.

The cover of Pin Ups features David Bowie and Twiggy wearing bizarre drawn-on masks, an image that was originally meant for Vogue before Bowie took it for his album. It was the makeup artist’s idea to draw the masks (because Twiggy was tan and Bowie was pale, and the contrast looked odd) but Bowie had the foresight to know it would make for a great album cover.

Bowie dialed things back as the Thin White Duke for the album Station to Station, with slicked-back hair and a pallid complexion. During this period, Bowie said he was living on “red peppers, cocaine, and milk,” so even though his appearance was the most “normal” it had been in ages, it didn’t reflect the turmoil that was going on inside of him during that time period.

How can you not love David Bowie’s eyepatch period (from the album Diamond Dogs, released in 1974)? It was actually half style choice, half necessity. Bowie had a bad case of conjunctivitis but instead of cancelling shows, he decided to wear an eye patch because that’s how awesome David Bowie was.

7. The Man Who Fell to Earth

In the 1976 British sci-fi movie The Man Who Fell to Earth, David Bowie sported some gorgeous red hair (and some VERY creepy alien eyes at one point). The movie is still very much worth watching today if you’re a Bowie fan, as it features Bowie throwing “[his] real self into that movie was [he] was at that time.” He admitted to being heavily dependent on cocaine at the time and feeling as alienated as the character he was playing.

Leave it to David Bowie to pull off actual clown makeup, as he did in “Ashes to Ashes.” This time period was a return to Bowie’s love of dramatic makeup and stage personas, after having spent the past few years of the ‘70s struggling with cocaine and presenting a more pared-down version of himself.

Who can forget David Bowie as the evil Jareth in The Labyrinth? Oof, that hair; those eyebrows. It was quite a look, but that was the ‘80s for you. While not his most stylish look, it is for better or for worse, certainly one of the most memorable.

His latest (and last) music videos, “Lazarus,” and “Blackstar” were released as a parting gift for Bowie’s fans. In both, he sports his close-cropped silvery grey hair and a very creepy blindfold with buttons sewn on for eyes.